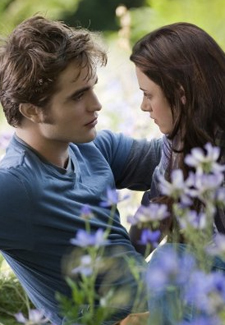 Twilight is on everyone's lips... again. New sources are spilling info about the behind-the-scenes workings of the upcoming final chapter of the series, Breaking Dawn— and one bit of news has me positively cringing.

For the other gossip (warning: big spoiler if you haven't read Breaking Dawn!), keep reading.

Shrinking down a human a la Honey I Shrunk the Kids? Hopefully the final Renesmee won't look as ridiculous as she sounds. What do you think about these latest Breaking Dawn tidbits?