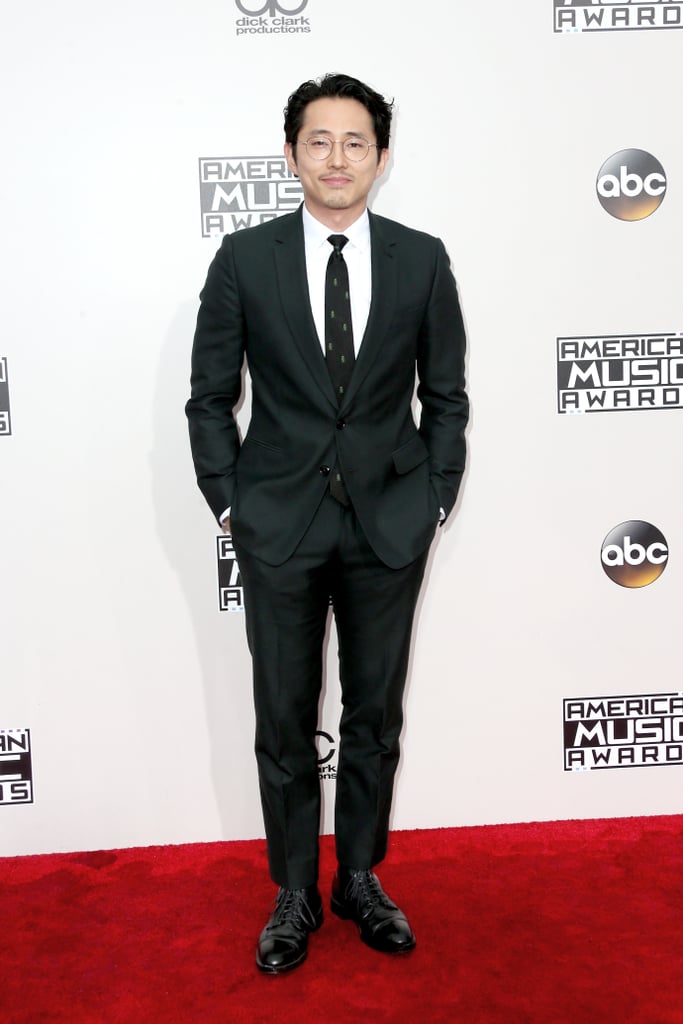 Steven Yeun took a break from gluing his skull back together to enjoy a glitzy night out at the American Music Awards on Sunday. The former star of The Walking Dead hit the red carpet looking bookish and sexy in a pair of glasses and a sharp suit, proving yet again that the cast of the zombie drama sure cleans up nice. Following his brutal exit from AMC's hit show, Steven recently attended a Clippers game with wife Joanna Pak and chose to sell his gorgeous Hollywood home. We're still not over the fact he's officially gone from The Walking Dead, but we have to admit that outings like these are definitely helping to ease our Glenn withdrawals.

Celebrity Beauty
If You Thought Marsai Martin's Blunt Bob Was Chic, Just Wait Until You See It From Behind
by Danielle Jackson 4 weeks ago