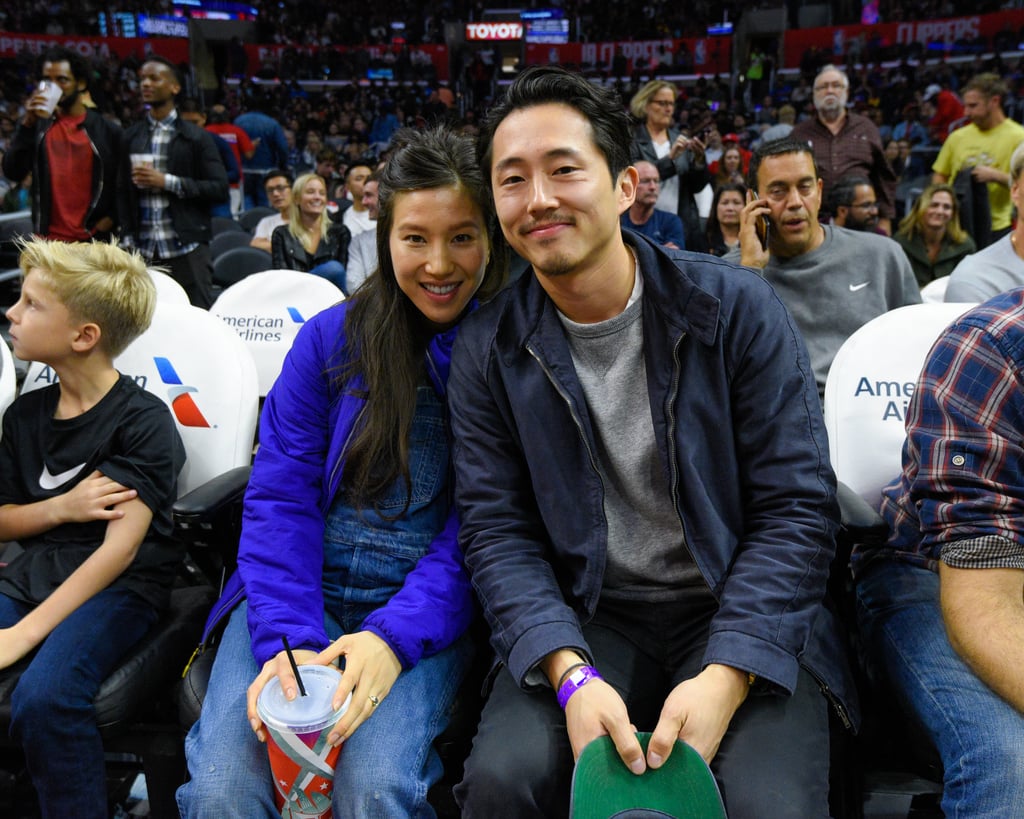 For anyone who watched The Walking Dead's season seven premiere, the loss of beloved character Glenn Rhee was almost too much to take. Luckily Glenn's real-life counterpart, Steven Yeun, is still alive and well and decided to shake off his brutal exit from the show with a sweet date night with wife Joanna Pak at the Los Angeles Clippers game on Monday. Steven, who already has another job lined up post-TWD, chatted with a few basketball players and even snapped a few photographs with Billy Crystal before watching the Clippers beat the Detroit Pistons. While these photos won't cure your Glenn withdrawals, they'll definitely soften the blow (no pun intended).