Breaking Dawn, Oscar nominee? That sounds like the goal Summit has for Twilight's final, show-stopping chapter—the studio is reportedly eyeing a few Academy Award-nominated directors to take on Breaking Dawn. On the short list: Sofia Coppola, Gus Van Sant and Bill Condon. New Moon's Chris Weitz may not be the studio's first choice (though he had distinctive ideas for the film), but I'm all atwitter thinking about what a talented helmer could do with the sometimes-outrageous book (which is said to be two movies). 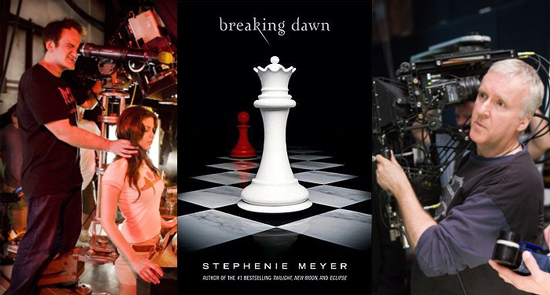 Allow me then, to imagine, with my tongue firmly in my cheek, what Breaking Dawn could be like with five very well known, very distinctive directors.