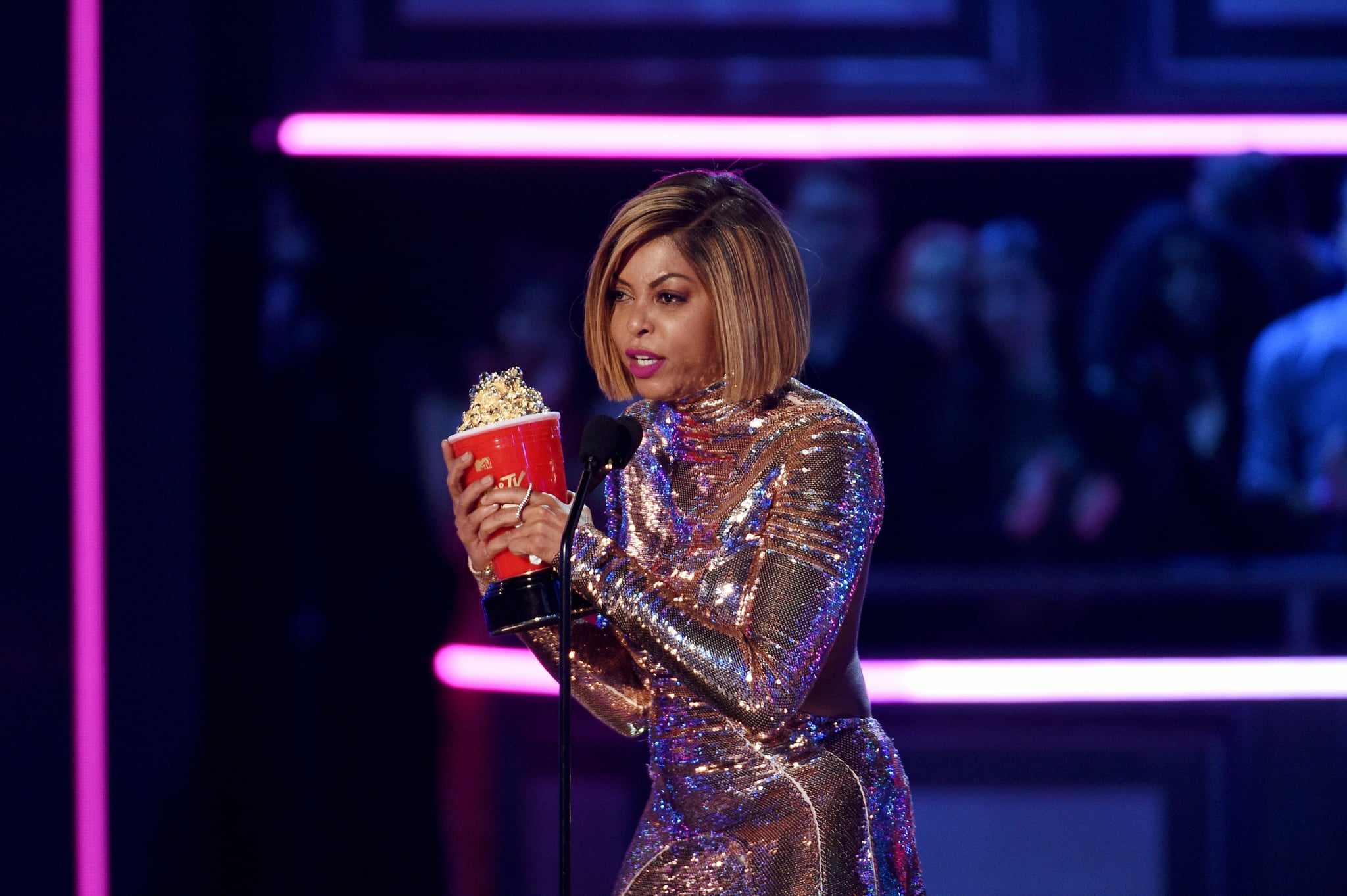 Taraji P. Henson took home the award for best fight against the system for her role in Hidden Figures at the MTV Movie and TV Awards on Monday, and you better believe her speech was incredibly inspiring. The actress was full of wisdom as she took the stage to talk about the important message behind her Oscar-nominated film. "God is very clever," she told the audience. "He made us all different for a reason, so we better figure it out."