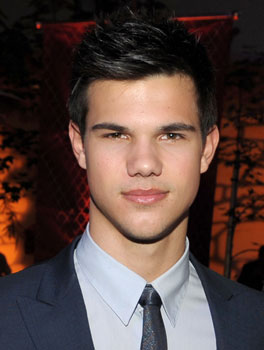 Taylor Lautner is quite the wanted man in Hollywood right now. The teenager recently signed on for another film with Summit but apparently he's still trying to bulk up his resume. The latest news: Lautner is in talks to star in a new version of Vision Quest, the 1985 film starring Matthew Modine. (Yes, the remake machine strikes again).

Details on Lautner's role are yet to be released, but, in the orignal, Modine played a wrestler who fell head over heels for an artist. Hey, at least Lautner would actually get the girl this time.