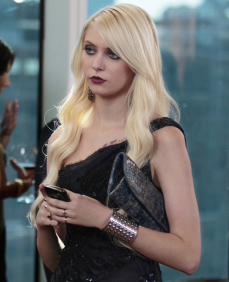 It looks like Little J may be moving away from the Upper East Side permanently. Gossip Girl star Taylor Momsen has been put on indefinite hiatus from the show. After next episode airs in the US next Monday, she won't appear again for at least four episodes, and Momsen has only been on three so far this season. Fans didn't exactly welcome her character back with open arms, so maybe a permanent exit is for the best.