Taylor Swift flashes a coy smile and an edgy look for the April issue of US Elle. Inside she reveals who she thinks is hot: Taylor Lautner, suggesting the interview took place before their December split. She also talks about her good girl reputation and tendency to turn heartache into lyrics for her Grammy-winning songs. Click for more photos and here are highlights: 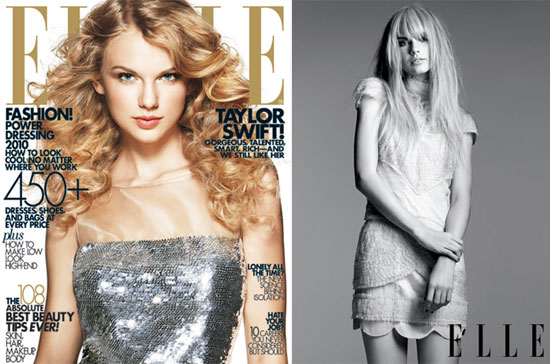 Music
The Tiny Pretty Things Soundtrack Is Almost as Good as the Dancing on the Show . . . Almost
by Monica Sisavat 4 weeks ago