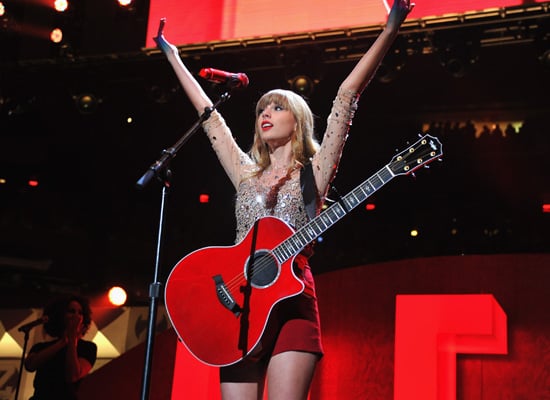 Taylor Swift was just in Australia last November for a whirlwind promo tour, but at the end of the year she’ll be back, bigger than ever. This morning was it was announced that Taylor will be bringing her Red world tour Down Under again, and she’ll be playing stadium shows in Sydney, Melbourne, Brisbane and Perth. It’s a big deal — she’ll be the first female act to headline stadium venues in Australia since Madonna in 1993, a testament to her strong Aussie fanbase. Frontier Touring promoter Michael Gudinski said, “It’s a sign of the achievements of Taylor Swift and the loyal fanbase she’s built up that she will be the first woman to play stadiums nationally here since Madonna.” For her part, Taylor said, “That’s mind-blowing and a real honour.”

For the dates and venues, keep reading.

Tickets go on sale at 9 a.m. on May 21 from Frontier Touring. Pre-sale tickets are available from May 14.