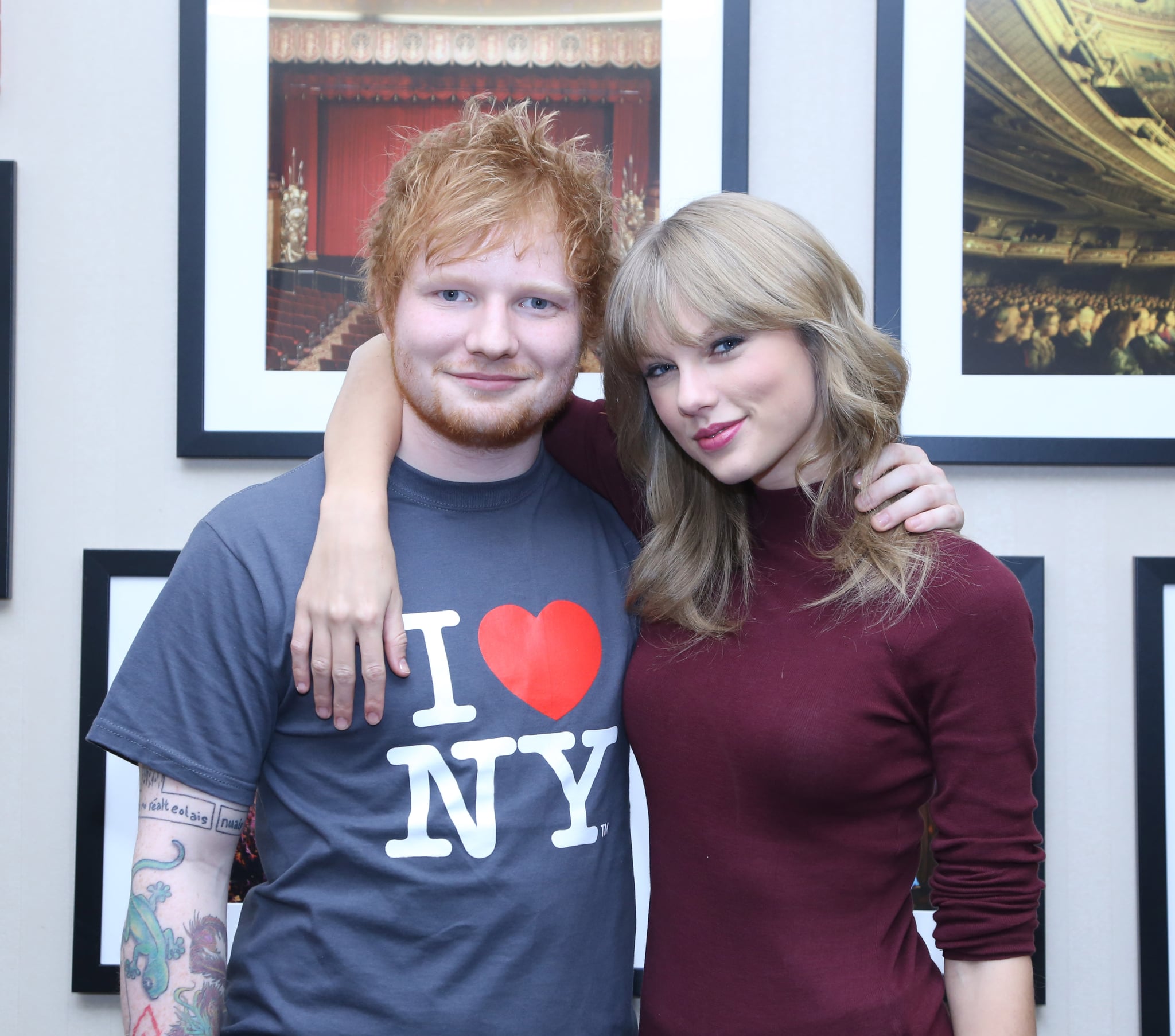 On Thursday, Time magazine released its 100 Most Influential People in the World list for 2017, and of course it includes Ed Sheeran. The "Supermarket Flowers" singer has had an amazing year so far, which has included him releasing his hit album Divide, killing every performance he puts on, and opening up about his personal life with girlfriend Cherry Seaborn. Ed's long-time close friend Taylor Swift wrote a touching essay about his career for the magazine, calling him a "tank" for his ambitions and sharing a personal story about a moment of doubt he once had about being successful.

Related:
4 Women Ed Sheeran Has Let Into His Sensitive and Beautiful Soul

"A few years ago, in a rare moment of admitting feeling defeated, Ed said to me, 'I'm never going to win a Grammy.' Yes, you are, I said. You're going to sweep the whole thing one of these years. It was a few weeks later when he met me in a dance-shoe store in London, where I was picking out rehearsal outfits, and said, 'You have to hear this.' It was a song he'd just finished called 'Thinking Out Loud,' which went on to win Song of the Year at the Grammy Awards in 2016." She ended her excerpt with a lovely note, writing, "Congratulations to my friend Ed, for the legacy you've already built and the brilliant hook you probably just came up with five minutes ago."

The Crown
When the Crown Cameras Stopped Rolling, the Season 4 Cast Let Their Silly Sides Show
by Karenna Meredith 1 week ago
Latest Celebrity
×