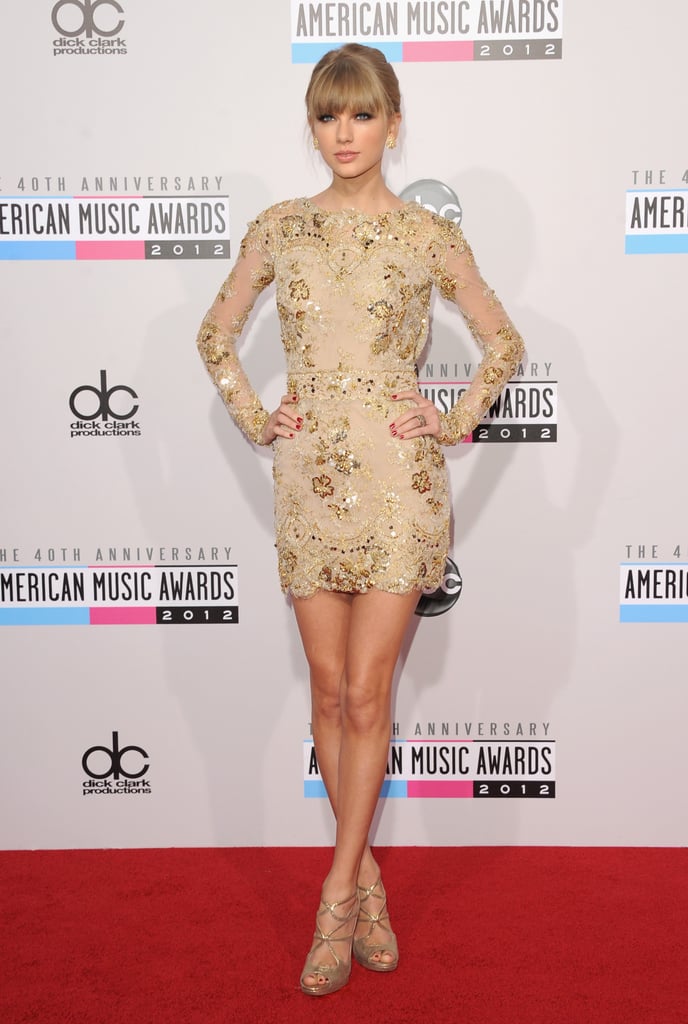 Taylor Swift showed off her legs in a short gold number on the American Music Awards red carpet in LA this afternoon. Taylor is a nominee this evening, and she'll also be performing a number off her smash hit album Red. Taylor broke from singing about her own exes to console her friend Selena Gomez this weekend. Taylor and Selena went out for a girlfriends dinner on Saturday evening, just one day after Selena's troubled date with Justin Bieber that didn't end well. Selena had been expected to attend the awards as well, though it's yet to be seen whether she'll opt to avoid any confrontation with Justin instead. As for Taylor's love life, she may have a new man — she's been seen hanging out with One Direction heartthrob Harry Styles. At 18, he'd be another younger man for the 22-year-old Taylor, but that hasn't held her back in the past.

Celebrity Style
If Gwen Stefani Wears a White Wedding Dress, Will There Be Cowboy Boots Underneath?
by Sarah Wasilak 3 hours ago