Happy Halloween from Deadpool, a Cub Scout, Martha Brady, a space cadet, a granny with a lost cat, black swan, and a birthday girl dressed as a cat 🐱 Happy birthday @kennedyrayee WE LOVE YOUUUUUU

Following her only performance of 2016, Taylor Swift reunited with her squad to celebrate Halloween. On Monday, the singer shared a handful of Instagram photos from her bash, which brought out Gigi Hadid, Martha Hunt, Lily Donaldson, Emmie Gundler, Camila Cabello, and Kennedy Rayé. Taylor dressed up as Ryan Reynold's Deadpool character, while Gigi went as a Cub Scout. Of course, it didn't take very long for pal Blake Lively to take notice of Taylor's costume and leave a comment in one of the snaps. "#HusbandUpgrade," Blake jokingly wrote. In another shot, Taylor gave Ryan a shout-out, saying, "Thanks @vancityreynolds for this costume, you're the BEST deadpool inside contact ever." 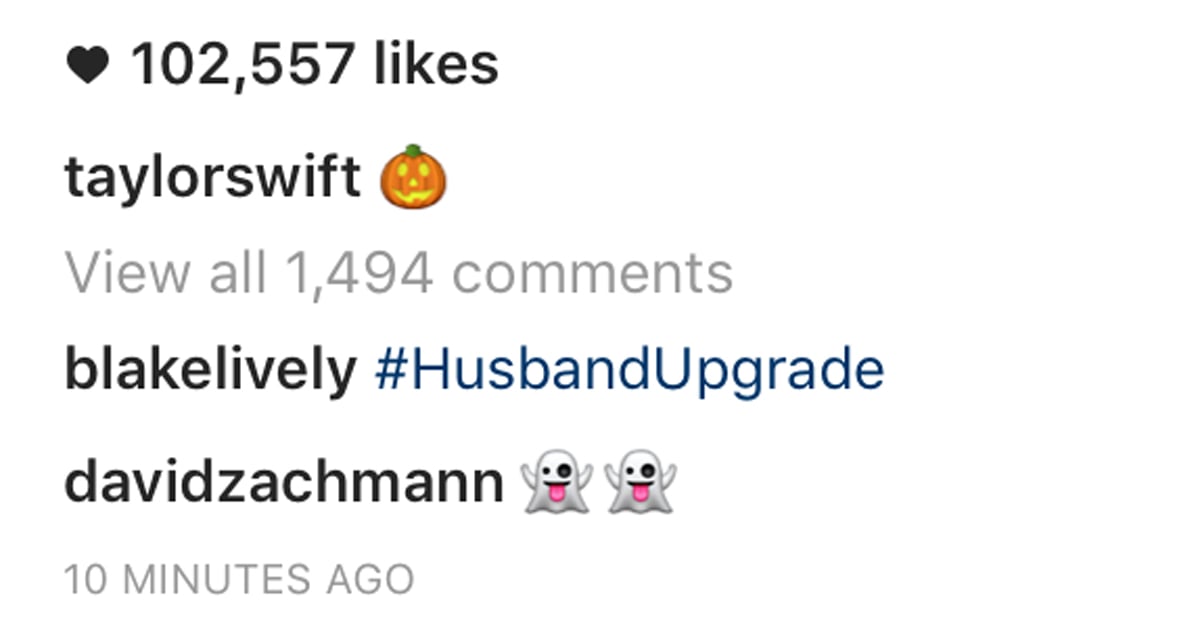