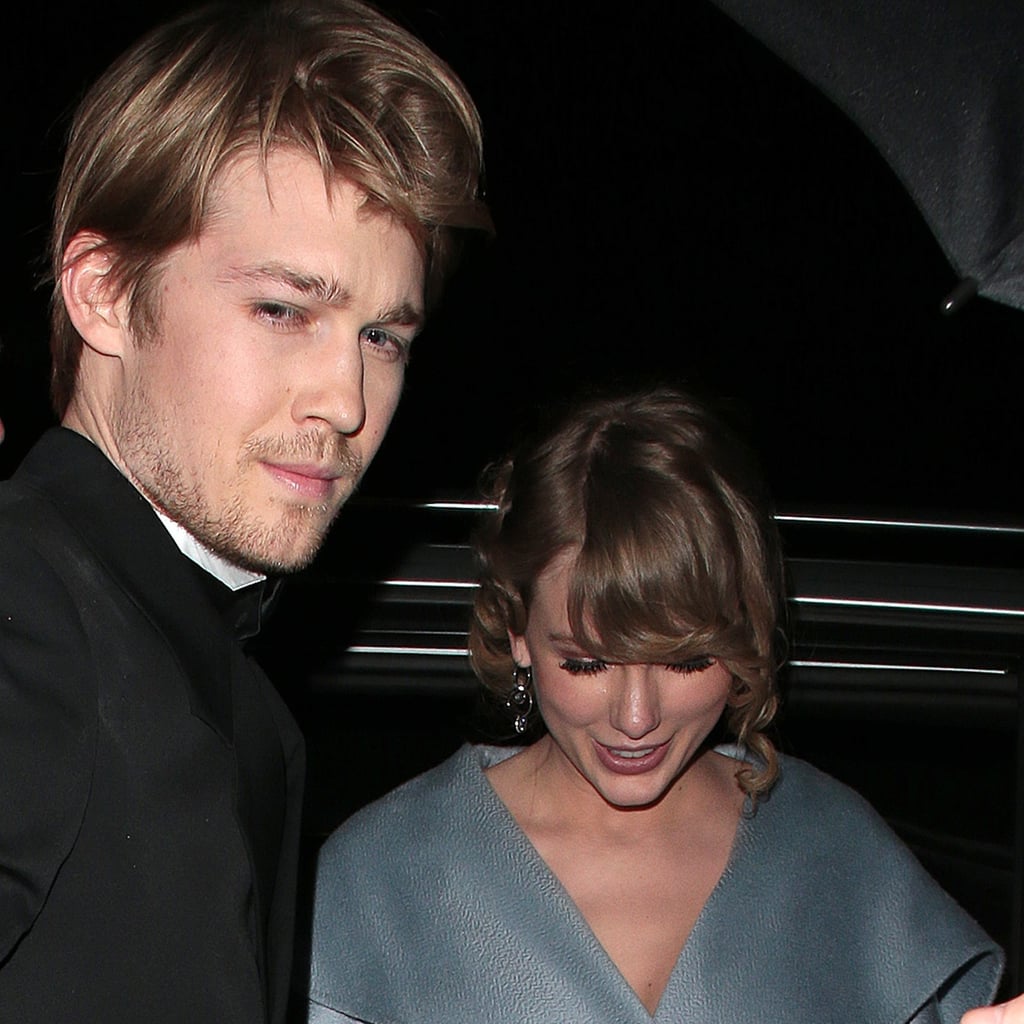 She may be a more familiar face at music award ceremonies, but this year, Taylor Swift is changing things up and hitting the big film awards instead. After making a surprise appearance at the Golden Globes in January, Taylor chose to skip the Grammy Awards (even though her album Reputation was nominated) and head to London instead, where she hit the BAFTA afterparties on the arm of her boyfriend, Joe Alwyn. Joe stars in one of award season's most talked-about movies, The Favourite, and he arrived solo for the ceremony, hitting the red carpet in support of the movie, which took sway a whopping 7 awards. He was soon joined by Taylor, who shared her excitement on Instagram, while also showing off her romantic Stella McCartney gown. We got a rare glimpse of the pair hand-in-hand as they arrived at members' club Annabel's for the post-BAFTA festivities. Take a closer look at their glamorous date night ahead.