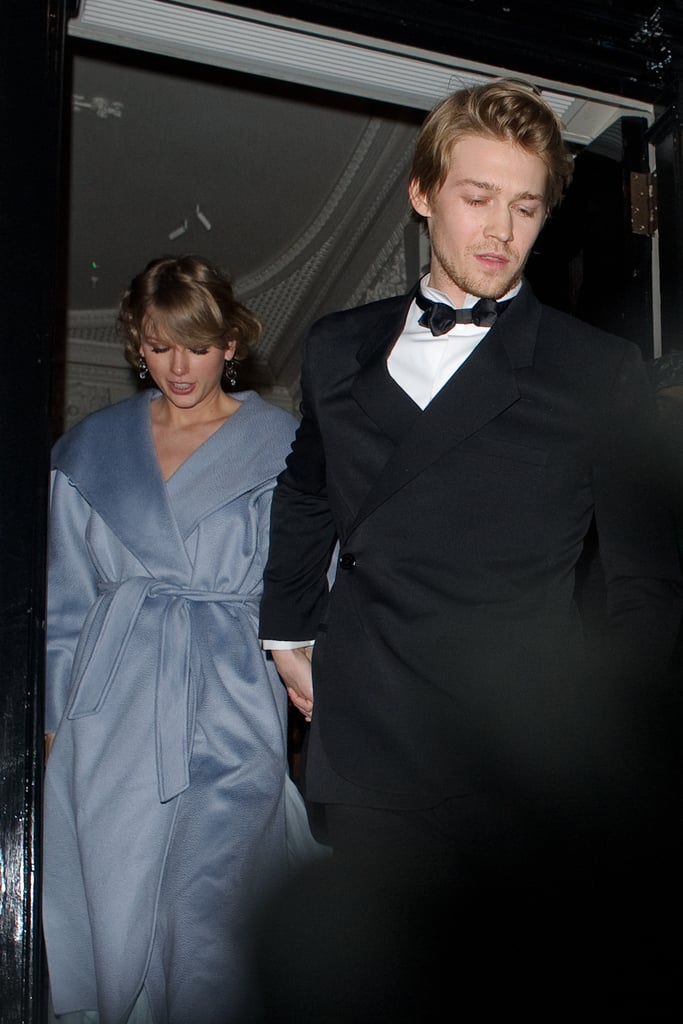 Taylor Swift and Joe Alwyn first started dating in late 2016, and they've been extremely private about their romance ever since. While the singer has never publicly discussed her relationship with the British actor (except for in her songs, of course), she has given us a few glimpses of their real-life love story from time to time.

Most recently, the two stepped out hand in hand after they attended the premiere of Taylor's new film Cats in NYC. While they may not be making their relationship red carpet official anytime soon, it's pretty clear from their few outings that Joe is the king of Taylor's heart. Call it what you want, but these two are pretty adorable together. See some of their cutest moments ahead.