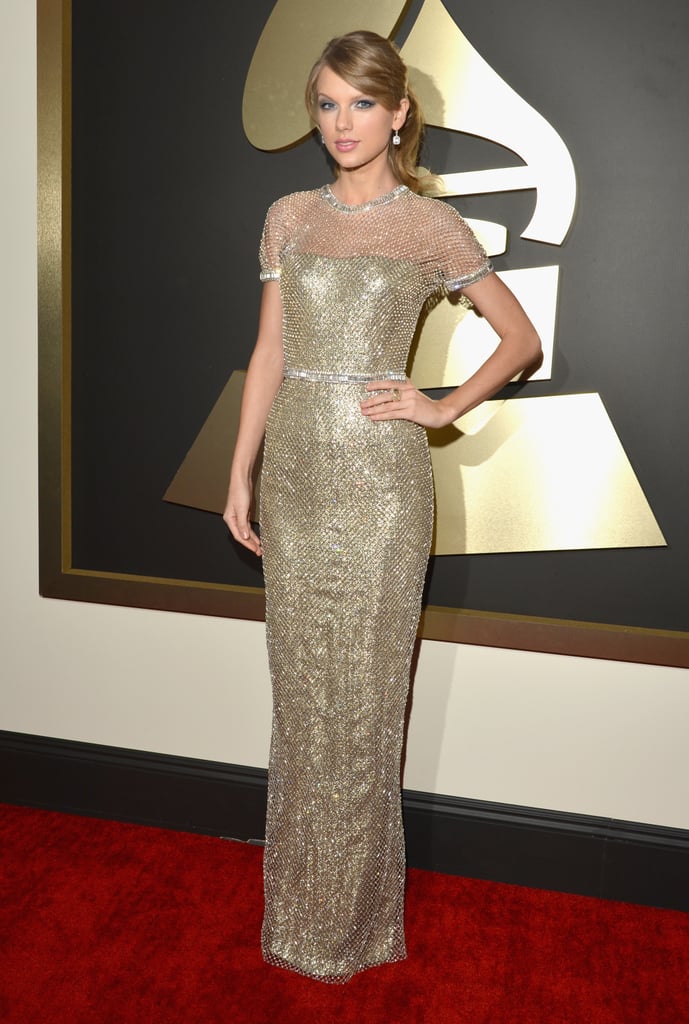 Taylor Swift looked as gorgeous as ever when she arrived at the 2014 Grammy Awards in LA in a Gucci gown. The singer has a big night ahead of her, as she is up for three big awards — including album of the year — and is also slated to perform during the award show. Taylor is no stranger to the Grammys, having already won seven awards over the past six years. In 2010, at the age of 20, she entered Grammys history books when she became the youngest artist ever to win album of the year for Fearless. Keep clicking for more photos from Taylor's night, and vote on all our Grammy Awards polls here!

Music
Miley Cyrus's New Album, Plastic Hearts, Is Dropping in November After 2 Years in the Making
by Brea Cubit 8 hours ago