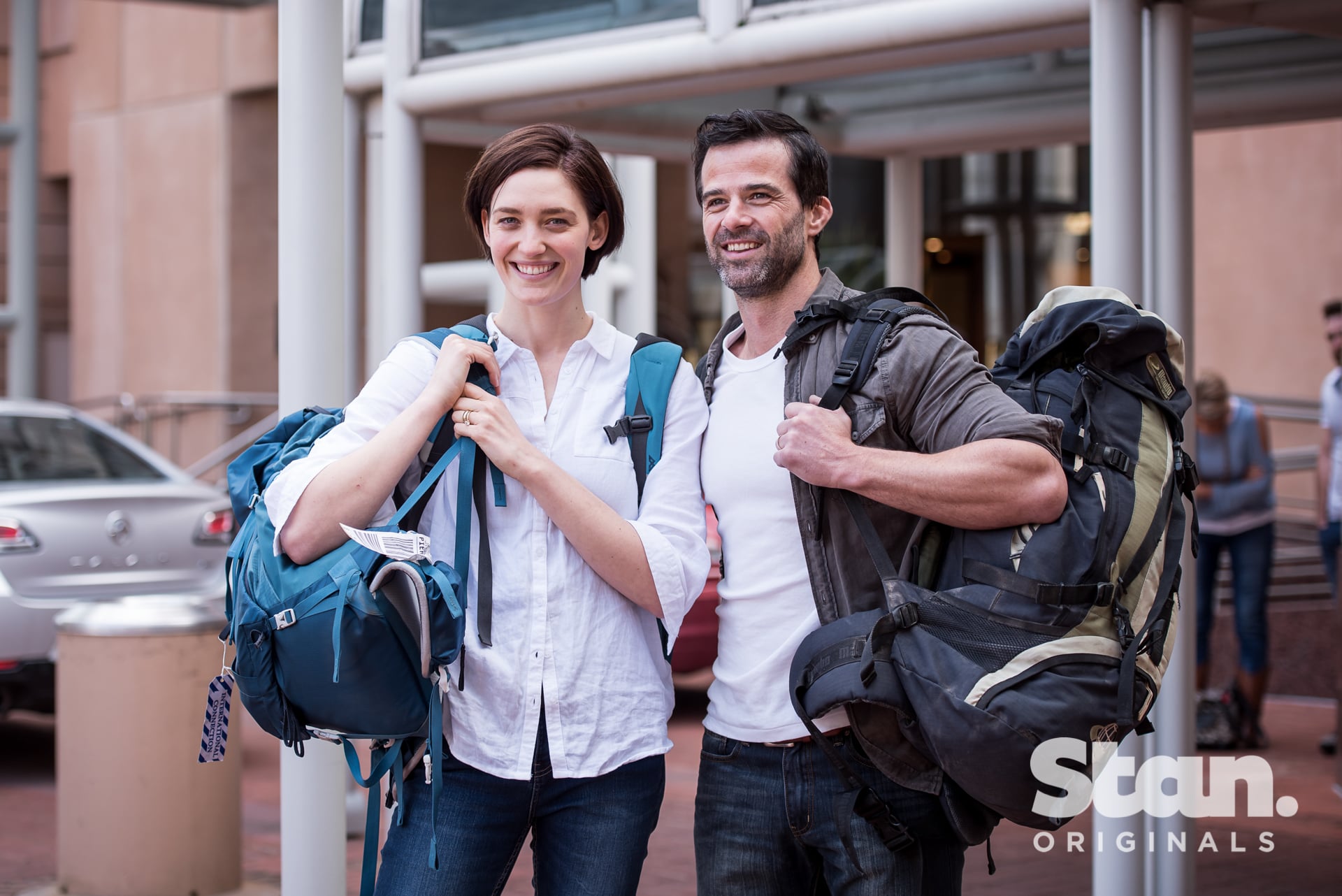 Following a breakout role in Alien: Covenant earlier this year, Tess Haubrich is returning to home soil, starring in the new season of the iconic Wolf Creek franchise. In the Stan original series, Haubrich plays Rebecca, who, along with her husband, is one of the travellers touring the Aussie outback before the villainous Mick Taylor returns to hold them captive.

Ahead of the series launching on Stan on December 15, POPSUGAR Australia caught up with the Sydney-bred actress for her take on the series, horror movies and where she wants to take her career.

Related:
30 of the Best New Titles to Stream This December

POPSUGAR Australia: Congratulations on Wolf Creek! How are you feeling about it all?

Tess Haubrich: I'm really excited, I can't wait to see the rest of it all. It's really hard watching yourself, but it's always a good sign when you forget it's you up there because the show is just so good, the music is so good and Greg [McLean] is so wonderful. So I'm really excited to see the other episodes.

PS: What made you say yes to the project in the first place?

TH: I've always been a fan of Greg, and after reading the script, I fell in love with the character I play. I just really thought she was strong but vulnerable and I really liked the premise of the show.

PS: Rebecca is a character I think that a lot of people can relate to. Can you give us a teaser of what we can expect to see?

TH: That's the thing, I connected with her because she's married, she's kind of struggling to balance the whole career and relationship thing, and she doesn't want to just settle down even though she's married. So they embark on this trip to kind of revitalise their relationship and then it all goes awry. She's not an outdoorsy girl to begin with, and she was really just doing a hiking trip for her husband, but by the end of it, she does become quite a fighter and her survival instincts definitely kick in.

PS: What was it like filming out there in the outback?

TH: It was amazing! It was so good, I can't express enough how wonderful it was filming out there. You know, filming in that environment takes a toll on you, but I think it just makes all of us actors be more authentic, because you're actually battling with the wind and the rain, and the dirt and everything. It's so beautiful.

PS: It's so much more immersive rather than having a green screen behind you in a studio.

TH: Absolutely! A lot of the work is done for you when you're in that kind of environment because you are just reacting to it instead of just making up what's happening. 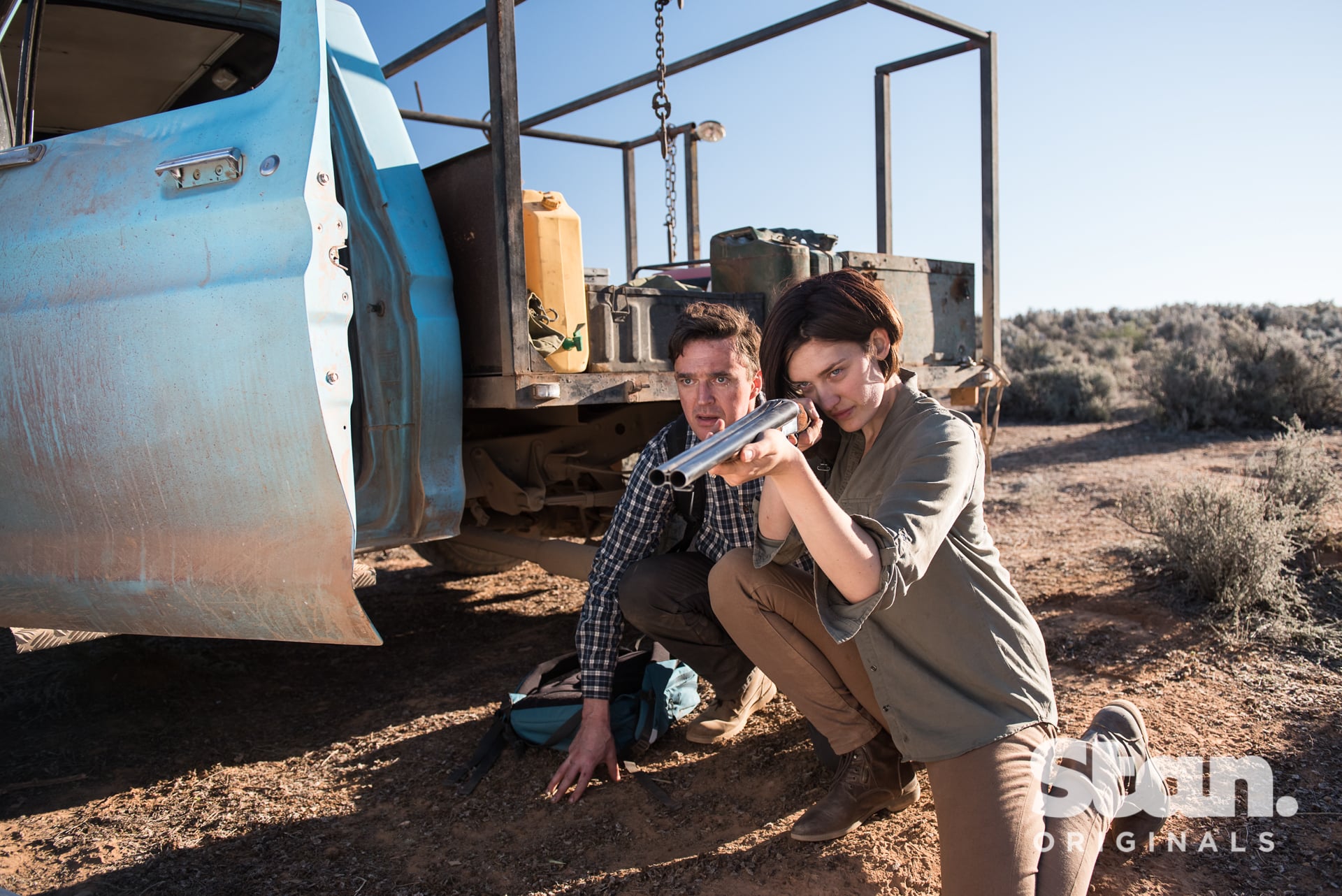 PS: Are you a fan of horror in general as a genre?

TH: Not particularly, only because I get too scared. Like, I watch it through my hands over my face, but I really admire the horror genre. It takes a lot to scare people and make it real, so I do like it, but I'm a bit of a scaredy cat.

PS: Why do you think Wolf Creek has had the longevity it's had and continual interest from viewers?

TH: Yeah, I think there's a lot of sick puppies out there that like watching people get murdered! But also the whole thing with tourists coming to Australia and going to the outback. When we were actually in Quorn — this tiny town in the Flinders Rangers out of Adelaide — sitting at this table having dinner, next to us was a table full of backpackers. It was really weird — all these German and Russian backpackers all playing cards and on the bus going through the outback. It was weird, I felt like saying 'Go home guys, what are you doing?' But I think people really love doing that in Australia and I also think the way John [Jarratt] played Mick is so great. It just has that x-factor that people really love watching.

PS: There's very few products that capture Australia in this way, so it's always nice to see.

TH: Exactly! I think the whole thing with the Ivan Milat stories . . . Not that this is based on true stories but, it has kind of happened. I think people have a morbid curiosity with others that are pretty disturbed.

PS: How does this project compare to your other work and how did you find making it?

TH: I've never been on a location like the Flinders Rangers before, so that was just mind blowing. Working really intimately with such a big ensemble was new for me on-screen and also just the pace of it. We made it really quickly over ten weeks and it was a really fun, incredible experience.

PS: All your roles so far have been the fairly gritty, sci-fi sorts, has this been planned or just a coincidence?

TH: No, it hasn't been planned! My parents are just as shocked as me. It's just how it's been happening. I'm very, very thrilled to be playing these roles but no, it wasn't a plan.

PS: How do you feel about where you're at now career wise?

TH: You always have to keep going, that's the thing as can actor. Just because you get roles doesn't mean they're going to keep coming. So if anything it's just ignited more [and given me] more ambition to just keep getting amazing roles. I don't want to just ever sit back and be like I'm getting roles now so . . .

PS: Are there any roles or people you would love to work with in terms of a career bucket list?

TH: I love Marion Cotillard and Quentin Tarantino. I'd love to do a Kill Bill sort of thing, I love [movies like] Monster's Ball.