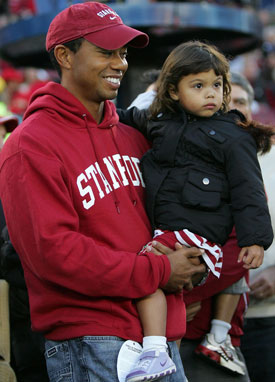 Tiger Woods was involved in a car accident early this morning near his home in Windermere, Florida. He was driving his Cadillac SUV and apparently hit a fire hydrant and tree soon after backing out of his driveway at around 2:30 a.m. According to a statement, alcohol was not involved. Tiger was transported to a nearby hospital, but has since been released and according to his agent "He is fine." His condition was initially reported as serious, but it sounds like he will be okay. We hope Tiger has a speedy recovery!