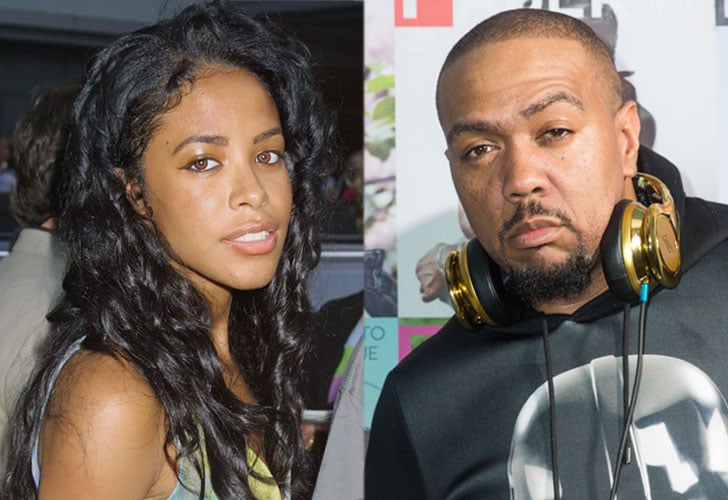 Timbaland gave fans an incredible gift on Christmas Day when he dropped a new single called "Shakin," featuring emcee Strado and the sultry vocals of none other than late singer Aaliyah. The '90s songstress, who died tragically at the age of 22 in a 2001 plane crash, sings "Your love makin', keeps me shakin'" on the addictive hook of the track, which is part of Timbaland's King Stays King mixtape. The legendary producer has hinted about releasing new Aaliyah music in the past and confirmed it all when he announced the release on Twitter, writing, "Aaliyah.. This is for you baby."

This isn't the first time Aaliyah's voice has appeared on new songs, either. Drake drew criticism from Aaliyah's mother when he started a project using the "Try Again" singer's vocals, and Timbaland had some harsh words for Chris Brown when he used her on the chorus of his 2013 song "Don't Think They Know," saying, "Aaliyah music only work with its soulmate, which is me." Regardless of past drama, Timbaland's new song is a welcome, haunting reminder of just how talented Aaliyah was. Listen to it below!

Music
Miley Cyrus Is Making a Metallica Cover Album, and We're Ready For Her Version of Heavy Metal
by Grayson Gilcrease 6 days ago
Latest Celebrity
×