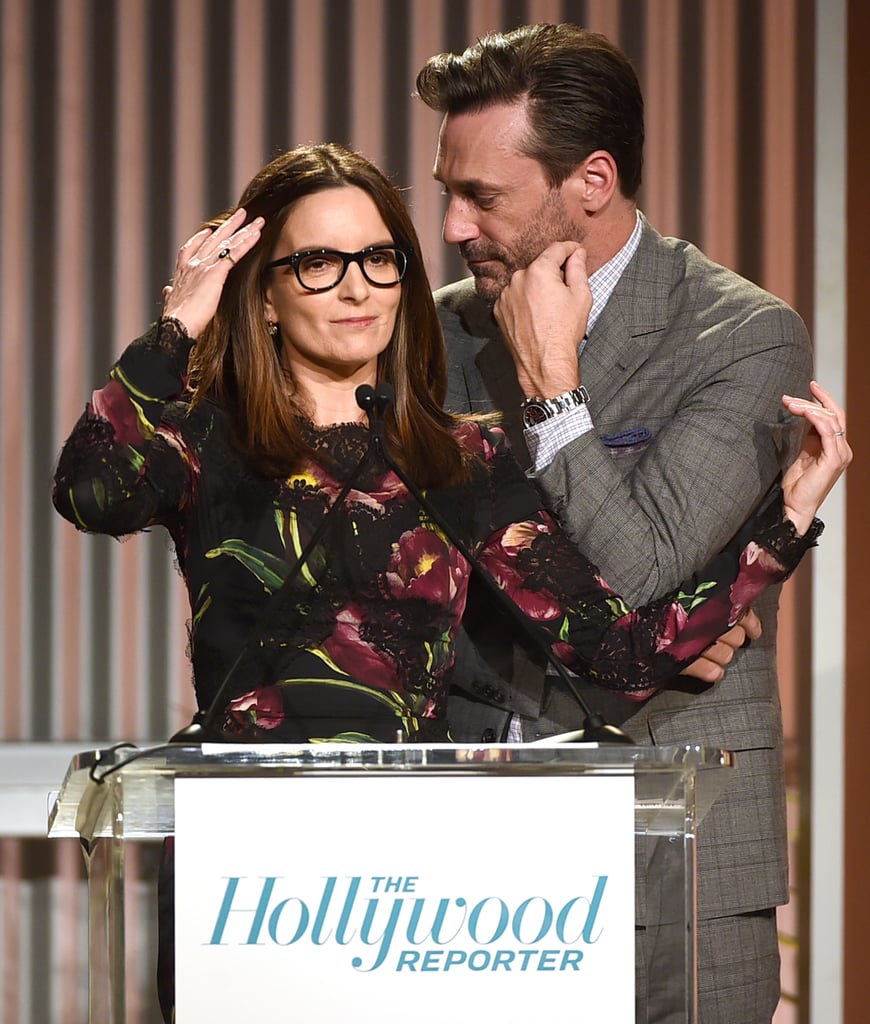 Tina Fey was honoured at The Hollywood Reporter's annual Women in Entertainment Power 100 Breakfast in LA on Wednesday. The actress, writer, and Unbreakable Kimmy Schmidt creator was introduced to the stage by her friend and former 30 Rock co-star Jon Hamm before being presented with the Sherry Lansing Leadership Award. During her acceptance speech, Tina took a few opportunities to poke fun at Jon, who played her impossibly handsome boyfriend Dr. Drew Baird on the hit NBC comedy. "In his defense, he thought this was a thing where you could eat breakfast off of a hundred women," she said to the room, which included Desperate Housewives co-stars Eva Longoria and Felicity Huffman, Thelma & Louise stars Susan Sarandon and Geena Davis, and honoree Ryan Murphy, who was joined by Glee's Lea Michele.

When touching on her evolving career and long-time personal and professional relationships with SNL alums Amy Poehler, Maya Rudolph, Ana Gasteyer, and Rachel Dratch, Tina threw shade at Donald Trump: "We love to work and to do good work, but we don't need approval in the same way. We're adults now, and I think we're really starting to ask ourselves, 'What's next for me? What is my role in this business going to be once nobody wants to grab me by the p*ssy anymore?'" She also gave equally hilarious advice to the younger Hollywood generation: "I say, 'Don't smoke. Wear a bra. Trust your instincts. Don't f*ck John Mayer.'"

Related:
All the Times Tina Fey Hilariously Communicated Exactly What You Were Feeling
Previous Next Start Slideshow
Join the conversation
Tina FeyJon Hamm
More from POPSUGAR
From Our Partners
Related Posts 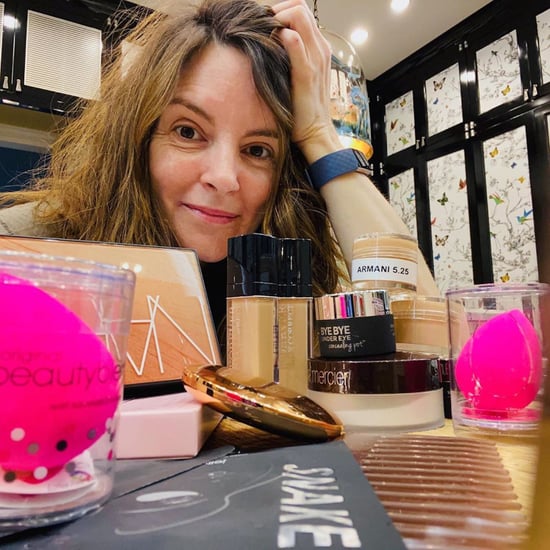 Celebrity Beauty
Tina Fey's Makeup Artist Taught Her How to Apply Makeup Virtually, and She Nailed It
by Danielle Jackson 13/5/20

Good Vibes
Tina Fey Made Jimmy Fallon Crack Up on The Tonight Show, and Now I'm Laughing Too
by Laura Marie Meyers 30/3/20

Movies
Grool! Tina Fey's Mean Girls: The Musical Is Being Turned Into a Movie
by Chanel Vargas 24/1/20
Latest Celebrity
×