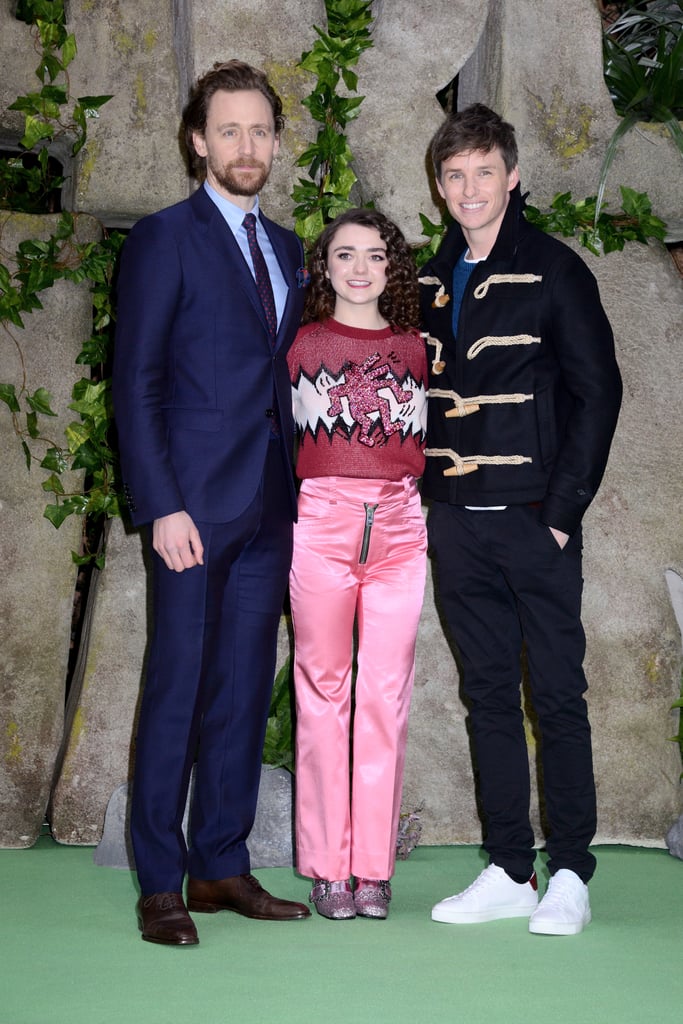 Eddie Redmayne plays caveman Dug in the film, befriended by Maisie Williams's Goona, a resident of the Bronze Age, which is ruled by none other than Lord Nooth, better known as Tom Hiddleston. On the night of the premiere, Hiddleston stayed true to his character, ruling the red carpet as suavely as ever, while Williams sported another undeniably cool ensemble and Redmayne kept his wife, Hannah Bagshawe, close.

Early Man hits cinemas on Mar. 29. While your Bronze-Aged anticipation grows until release, read on for the best pictures from the premiere.