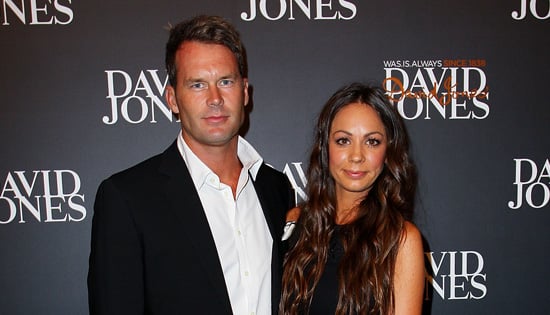 Rachel Gilbert is pregnant! The Australian designer is expecting her first child with husband Tom Williams, who revealed the news live on TV today while co-hosting Channel Seven’s new afternoon show The Daily Edition. The announcement happened during a segment with visiting British psychic Sally Morgan (she was Princess Diana’s psychic for four years), who said Tom and Rachel had a baby on the way. An emotional Tom confirmed the news, saying, “There is. She’s 12 weeks pregnant. I was going to tell you on Friday.” He went on, “We’ve been trying for a while. These guys all have babies . . . and I felt really left out, and I thought I really need to fit in with this bunch.” He said he and Rachel, who were married in November last year, have known for a few weeks. Congratulations to Tom and Rachel!