To say there's been much anticipation for The Tourist — the thriller/romance starring Angelina Jolie and Johnny Depp — is putting it mildly. When you have two actors of this calibre as love interests, you're bound to generate buzz. Unfortunately, star power isn't enough to save this disappointing film. 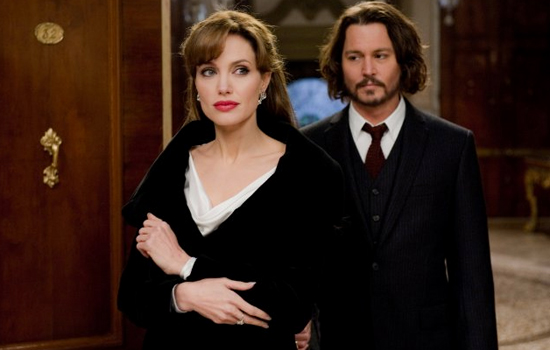 Adapted from the French film Anthony Zimmer, the story centers around Elise (Jolie), a woman caught in a cat-and-mouse game with authorities (led by Paul Bettany) after her lover Alexander steals billions from his mob boss. Alexander has undergone plastic surgery while on the lam, so the police no longer know what he looks like. To aide their search, they trail Elise in the hopes that she'll lead them to him. Elise is all too aware that she's being followed, so to get them off Alexander's scent, she strikes up conversation with a bumbling American named Frank (Depp), convincing her onlookers that he's the man they seek.

For more of my thoughts on the film, just read more. 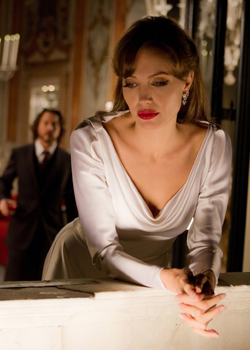 As the film is so eager to point out, Frank is a quirky fellow. He smokes electric cigarettes and mispronounces the Italian language so that "Buon Giorno" sounds more like "Bon Jovi." In a word, he's clueless, but once Frank has gangster minions after him, he's jumping from roofs in his pyjamas and knocking men off boats. This from a guy who's just a math teacher?! But that's only the tip of the iceberg of implausible scenarios. As the story builds toward its climax (it's a slow, slow build, I might add), it only becomes more absurd.

Like Alexander's confusing identity, the movie seems similarly muddled about its genre. Is it a thriller? A comedy? A love story? It tries to touch on all three, never devoting enough time to establish more laughs or build on the sparks between its stars. It's a shame, because Depp and Jolie could have chemistry with a brick wall. Unfortunately, their relationship is so contrived that the romantic moments are laughable.

Fans of Jolie or Depp may still enjoy watching their beloved actors on the big screen. Even though their partnership isn't noteworthy, Jolie looks gorgeous with a to-die-for wardrobe, and Depp delivers a few awkwardly funny lines as Frank. It's just too bad that they don't deliver much more than eye candy.