Blue Valentine has been raising quite the fuss the past few days, as the Motion Picture Association of America has just slapped it with an NC-17 rating, meaning no one under 17 can watch it. That may deter some people from heading to cinemas, but I'm hopeful that this just-released trailer will persuade them otherwise. 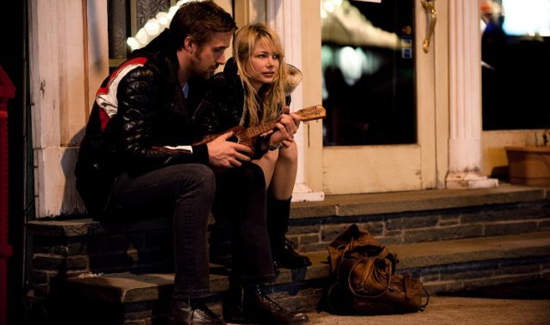 The drama stars Ryan Gosling and Michelle Williams as a married couple whose relationship is unravelling fast. The preview does an excellent job of getting us a peek of just that, flashing between moments of new relationship bliss into emotionally wrought crying—all while Gosling sings in the background. The performances look incredibly good, and the film got great reviews coming out of Sundance (including here on Pop). It will be released here in December, with both Ryan and Michelle rumoured to attend a premiere Down Under. Watch the trailer, and tell me if you want to see it when you read more.