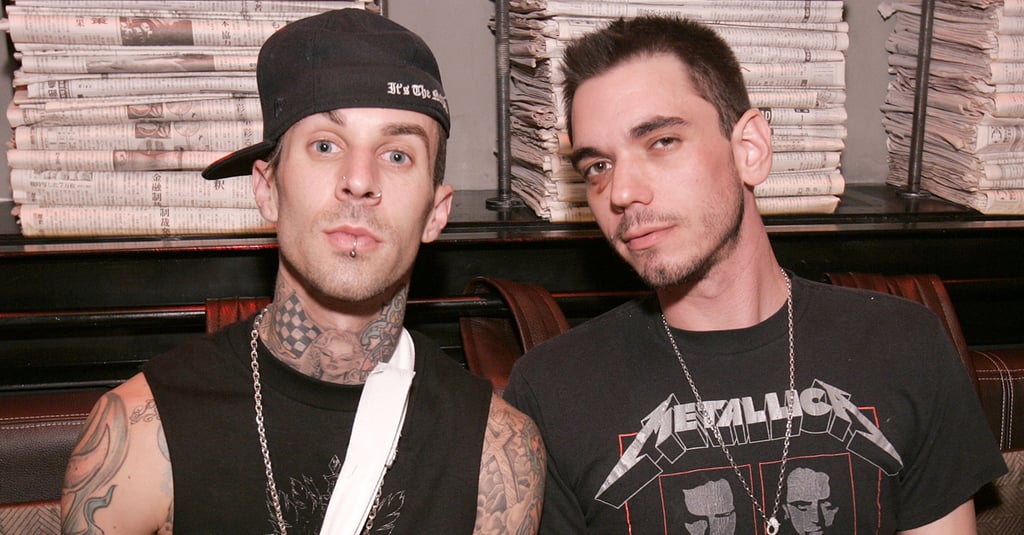 Despite his musical success, drummer Travis Barker has had a tumultuous life dealing with drug addiction, near-death experiences, and losing his mother to cancer at a young age. In 2008, he and his best friend, DJ AM, survived a plane crash that killed four other people, causing a whole new wave of issues for the star including post-traumatic stress disorder and suicidal thoughts. Things got even worse when DJ AM died of a drug overdose less than a year after the airplane incident, but now, four years later, Travis tells Billboard magazine that he's doing OK: "I have the best support system. I have the most amazing kids. I'm not on any medications. I haven't seen a post-traumatic doctor in six years. I get so much love and happiness out of playing music and playing the drums and my kids." As he prepares for the Oct. 20 release of his memoir Can I Say, Travis opened up to Billboard about the tough times he's faced and what it was really like losing his best friend. Read on for the honest quotes: