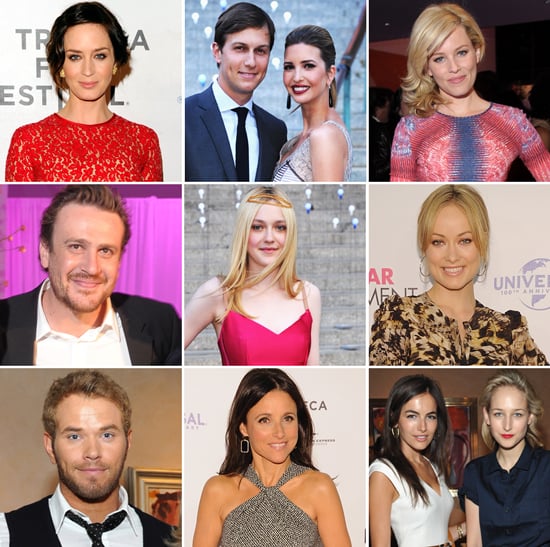 All the Tribeca Film Festival Pictures — So Far!

The Tribeca Film Festival kicked off in NYC last Wednesday with the big premiere of The Five-Year Engagement, where star and writer Jason Segel got cosy with his lady friend Michelle Williams. Jason's co-star in the comedy, Emily Blunt, was back on the red carpet a second time to show off Your Sister's Sister. There have been plenty of other events going down in the Big Apple, too, and we've rounded up all the pictures of the celebs right here in one place. Dakota Fanning, Leelee Sobieski, and Veep's Julia Louis-Dreyfus are among the stars making the scene — check out who else is having fun at Tribeca this year!