After much excitement (and a bajillion promos), True Blood is back with a bang! The show picked up where we left off last season with the death of Eggs and Bill's kidnapping, and the premiere continued to rage on with the suspense, sex scenes, and bloody moments that fans have come to expect. Plus, we finally got a peek at the werewolves (is it just me, or do True Blood's wolves almost look better than the wolves from New Moon?). 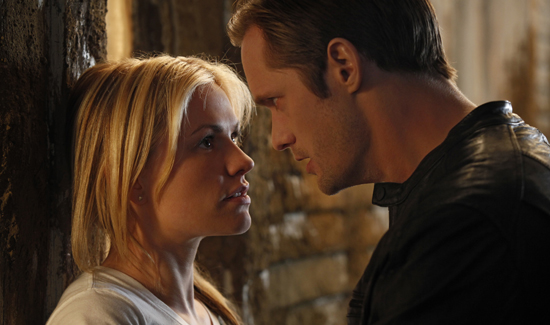 I don't want to give away too much about what happened, so let's break down the major highlights (warning: spoilers!) when you keep reading.

Did the premiere live up to your expectations? Any moments you loved that I missed? (I'm kind of excited for Arlene's pregnancy, aren't you?) Share your thoughts in the comments!