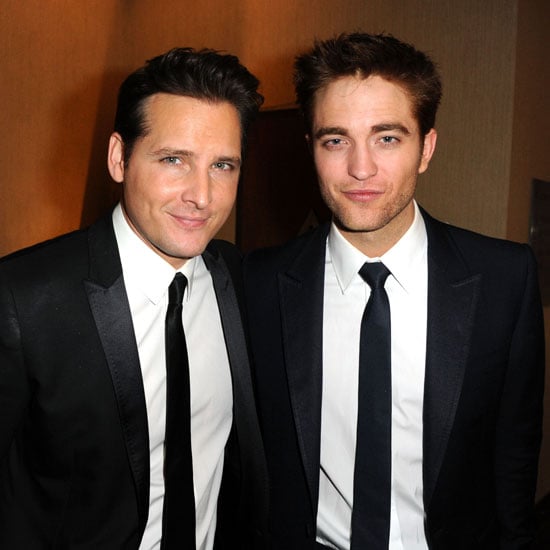 Robert Pattinson only had a few words to say as a presenter during the Golden Globes, but after his duties on stage he brought his sexy stare to hit up the after parties last night. He met up with his Twilight co-star Peter Facinelli at the HBO bash, while elsewhere on the Weinstein red carpet Rachel Zoe was excited about the prospect of catching a glimpse of him. Olivia Wilde had kind words to say about teaming up with him to hand out the best foreign picture globe as well. It was a long evening for Robert, who spent most of the weekend working hard on Water For Elephants reshoots.