New Moon has hit theatres and with it comes even more news about the future of Robert Pattinson's career: Uma Thurman has signed on to star opposite the heartthrob in the upcoming Bel Ami. Pattinson is George Duroy, a poor journalist who sleeps his way to the top in Paris; Thurman will play the woman who eventually becomes his wife. Kristin Scott Thomas has also just signed on for the film. 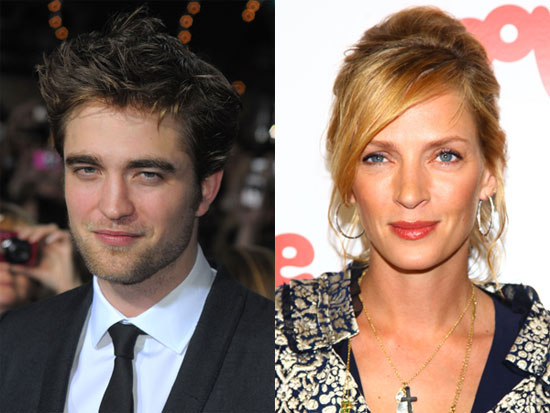 Nicole Kidman's name was originally attached to the project and I have to admit that I would have preferred to see her playing opposite Pattinson. Still, it should be interesting (to say the least) to see him in the arms of an older woman. The verdict's still out on Pattinson's Remember Me costar Aussie Emilie de Ravin, but are you more intrigued to see him alongside one of Hollywood's seasoned veterans?