Owwwoooo! That's my werewolf howl in tribute to this week's episode of The Vampire Diaries, which turns its lens on the lycan residents of Mystic Falls. 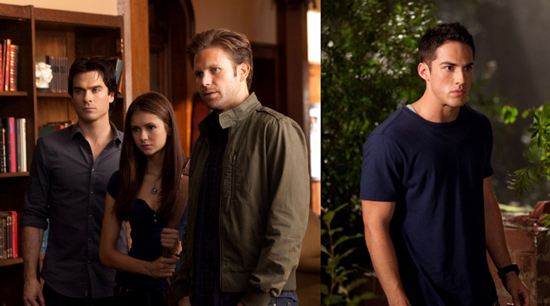 Caroline's vampire exploration is also coming along, for better or worse, and we see the return of a couple of characters (Alaric, Aunt Jenna) as well as another new face. But I'm dying to break down the specifics of this week, so for my post game on the good, the bad, and the bloody, just read more.

The second season of The Vampire Diaries hasn't given us a dull moment yet, and I'm loving the way Caroline's vampire maturation is going. Likewise, I think the werewolf storyline so far is just adding more excitement. What about you? Did you like "Bad Moon Rising" too?