Holy Vampire Diaries, you guys! This week's title ends up being foreboding and hostile, due to the wicked machinations of Katherine. What's even more insane is that we witness the loss of one of the characters—yes, the one we were recently warned about. 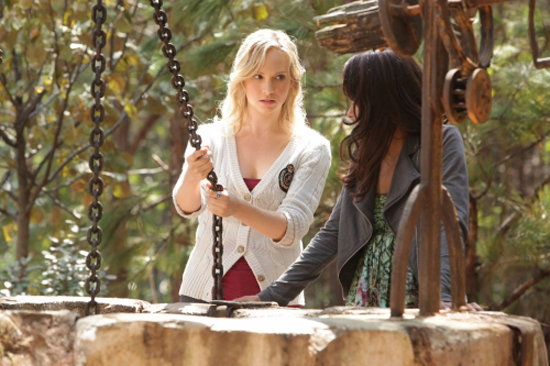 This is truly my favourite episode of season two—it has more excitement and shocking moments (even if some of them were hard for me to stomach) than any other one so far, and I can't wait to discuss it. To suck up all of this week's action, just read more.

So, what did you think? Were you as impressed and flabbergasted by this week's episode as I was? And will you miss Mason? Let me know what you think in the comments!