Brave new world, indeed: this week's episode of The Vampire Diaries is all about Caroline's first days in her new vampire body. We watch her struggle through all the rites of passage: baby's first human, first feat of strength, and so on. Meanwhile, Tyler inches closer to finally uncovering the secret about his family. 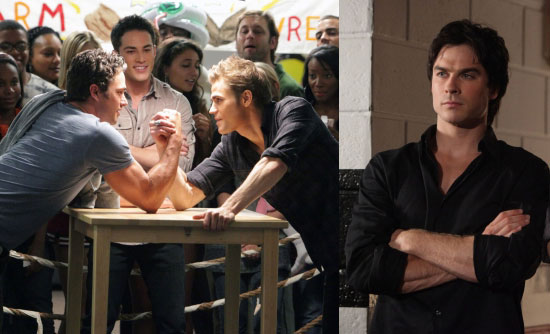 Like the last time there was a carnival in Mystic Falls, no high school event is without its share of drama. Ready to talk about it? Just read on.

Thoughts on this week's episode? This season of VD already has a different feel (where are Aunt Jenna and Alaric, by the way?), but I'm digging it. I'm particularly excited to find out more about the werewolves next week. What about you?