This week's The Vampire Diaries picks up after Elena's kidnapping last week, and aside from being introduced to a few new vampires (some friendly, some not so much), fans of the Damon/Elena/Stefan love triangle get a little bit of satisfaction. 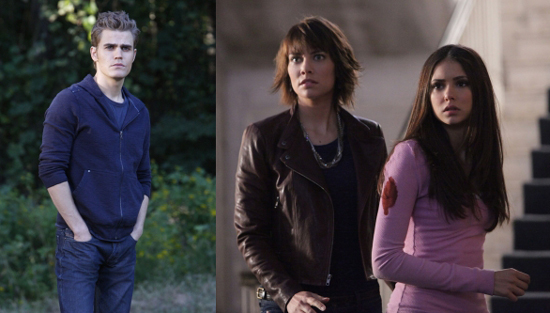 Meanwhile, there are a couple of other pairings the writers seem to be laying the groundwork for, along with hints that new villains are on the horizon. Ready to discuss? Let's break it down when you read more.

How did you like this episode of The Vampire Diaries? Are you bummed that Damon reveals his true feelings, only to erase Elena's memory, or are you still Team Stefan? Share your thoughts in the comments!