It's baaaack! One of my favourite returning series, The Vampire Diaries, is back in action, which means my recaps are as well. We were sort of primed for this with a wealth of new photos and the trailer, but nothing beats the show being on the air again. 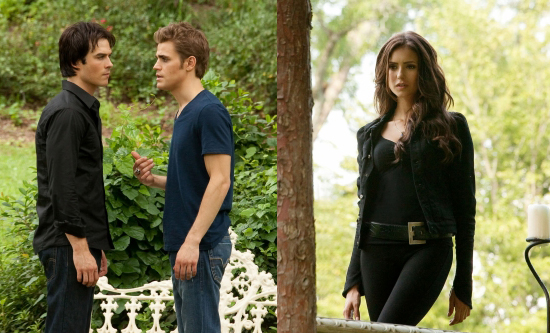 Elena's evil doppelganger Katherine is out on the loose in Mystic Falls while the fallout from the season finale is visited as well. There's plenty of drama to tackle, so to discuss the good, the bad, and the bloody of the premiere, just keep reading.

Did the season premiere live up to your expectations? Even if it wasn't quite as crazy as I had hoped, it's setting the groundwork for what'll surely be a thrilling arc. What are you most pumped for—Katherine/Elena, the werewolves, or just a fresh new season in general? Let's kick off the dialogue in the comments below.