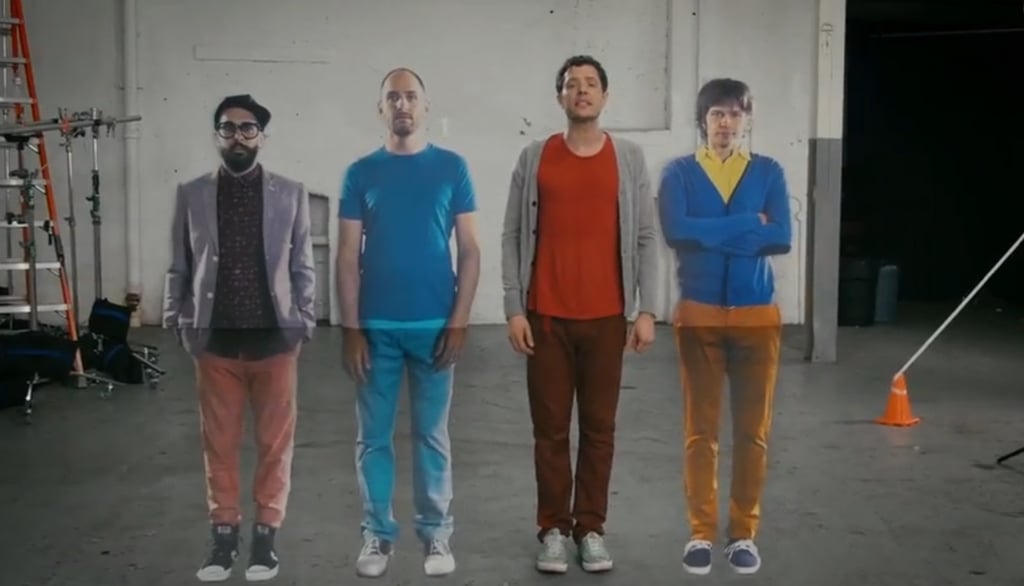 American rock band OK Go are potentially better known — at least here in Australia — for their elaborate, extremely impressive film clips that their music. They were thrust into the mainstream spotlight with their 2006 hit, "Here It Goes Again" which became famous for its treadmill-themed film clip and has since racked up over 21 million views. Now OK Go is back, and potentially better than ever with the mind-blowing video for new song "The Writing's on the Wall". The best way to describe it is as a four-minute long optical illusion, but you really just have to watch it to appreciate how great it is.

The impressive thing about OK Go's film clips is that they're always filmed in one take. This particular video is so trippy it's hard to believe it's not cut and edited, but the last 20 seconds reveal just how many people it takes to end up with a result this good. Watch it below and tell us what you think!

Music
Miley Cyrus Is Making a Metallica Cover Album, and We're Ready For Her Version of Heavy Metal
by Grayson Gilcrease 6 days ago
Latest Celebrity
×