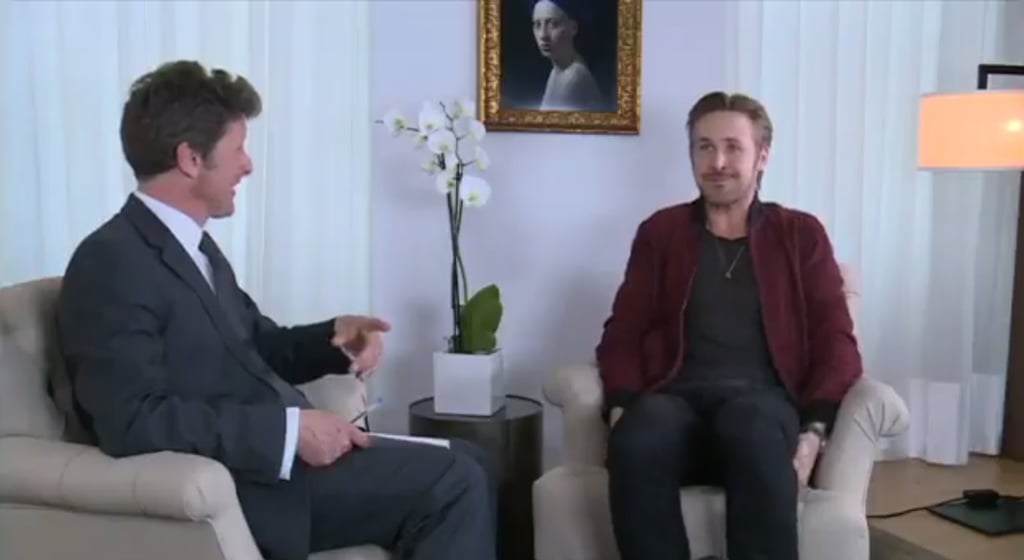 It happens to the best of us. During an interview with BBC Breakfast's Charlie Stayt, Ryan Gosling got interrupted when his mobile phone went off. The actor, who's in Europe to promote his film Lost River, rapidly turned the whole thing into a rather sweet moment and admitted that he was "ashamed," sitting on his hands in embarrassment. Keep reading to see the cute video, and then let him remind you how sexy he is.

Celebrity Interviews
Charles Melton Is Ready to Make "Meaningful Connections" on Bumble, and That Could Include You
by Grayson Gilcrease 15 hours ago

Celebrity Interviews
Selena Gomez Reveals She Voted For the First Time This Year: "Your Voice Matters"
by Monica Sisavat 15 hours ago