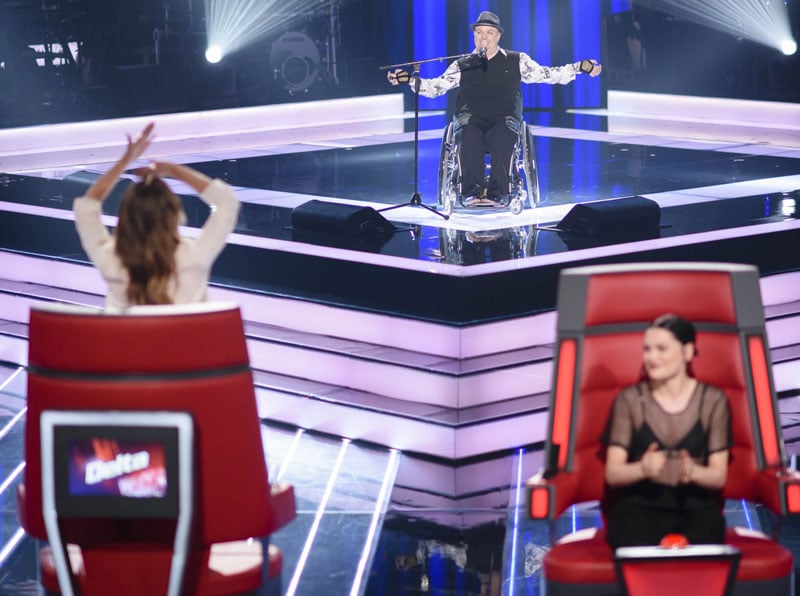 Fact: This The Voice Audition Will Blow You Away

Every so often, a blind audition on The Voice comes along and kicks you right in the guts — in the greatest way. On Sunday night, Tim McCallum's audition was one of those.

The 34 year old, from Queensland, made his way onto the stage in a wheelchair, showing everyone except the coaches that he suffers from some form of paralysis. Once he started singing opera classic "Nessun Dorma!" the audience was in raptures, completely blown away by Tim's incredible voice. When the judges turned one by one (except for new coach Jessie J), they were just as stunned as we all were watching at home. When Tim explained that he was paralysed from the waist down after a surfing accident, and has no control of his diaphragm, his skill level went from outstanding to once-in-a-lifetime.

Jessie J was moved to tears along with the rest of the audience — and Tim was thrilled with winning Ricky Martin as his coach. Scroll to watch the video and see pictures of Tim in action. We can guarantee goosebumps or tears. Probs both.