I'm always happy to see Jon Hamm test his acting chops. In the trailer for Stolen, Hamm plays a detective whose son has gone missing and like The Changeling, uncovers an atrocious twist while investigating the disappearance. 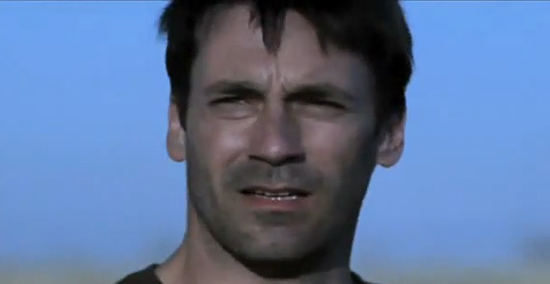 Set in present day, there are flashes of the Mad Men era, when Hamm's character Tom Adkins discovers a body that is not his son, but a child who'd been kidnapped and murdered in the 1950s. The '50s flashbacks have some recognisable faces: Josh Lucas and James Van Der Beek play men connected to the past crime, which Adkins has thrown himself into solving. But is he getting somewhere or just driving himself insane trying to connect his own tragedy to this other one? I don't think Stolen is going to be Hamm's blockbuster moment, but any thriller that puts the actor's intensity on display is one that I'd watch.Check out the trailer for yourself.