We’re almost at the end of The Voice — the grand finale airs on June 18 — which means the competition is getting fiercer, especially with only two contestants from each coach’s team moving through to the next round. (One is voted by the public, the other picked by the coach.) Last night’s live show had some memorable moments, including Chris Sebastian’s groove-filled opening performance of “I Can’t Stand the Rain,” Fatai V’s rendition of “Ave Maria,” and Seal and Delta Goodrem joining their teams for performances of “Kiss From a Rose” and “Born to Try” respectively. (OK, and there was also the buzz around Keith Urban’s Calvin Klein undies!) 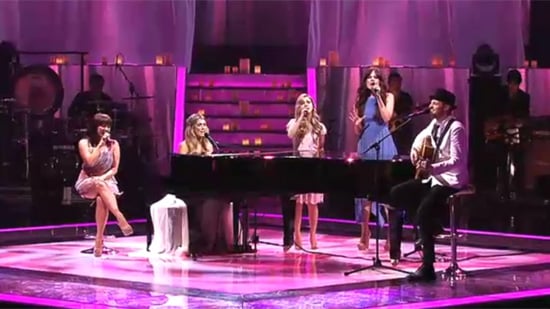 It wasn’t all about Team Seal and Team Delta last night, though, as Keith Urban (beamed in via satellite from LA) and Joel Madden were faced with the tough decision of letting two of their singers go — fans on Twitter seemed to think the elimination of Jimmy Cupples, Taga Paa and Laura Bunting were kind of predictable. So based on last night’s show, do you have an idea of who will survive to the next round? For Team Seal, we’re thinking Chris and Fatai, while Team Delta’s strongest singers last night were Rachael Leahcar and Viktoria Bolonina. Your thoughts?