Elijah Wood is really immersing himself in the music scene. Not only does the actor own a record label, but he also continues to lend his talents to one of its acts, The Apples in Stereo. After directing a video for the group's track "Energy," now he's stepping in front of the camera for a catchy tune titled "Dance Floor," off their new album to be released later this month. 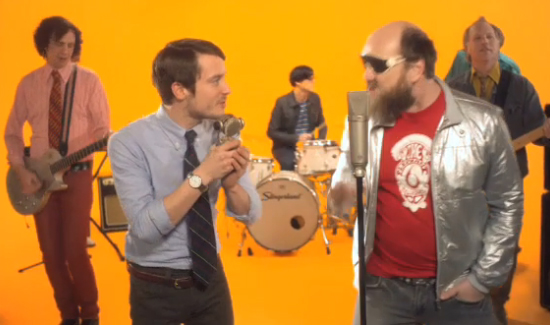 In the music video, Wood plays a science teacher who goofs with a time machine and lands in an Apples in Stereo performance. The beginning reminds me of Michel Gondry's The Science of Sleep, but once Wood joins the band, it becomes a cute, tangerine-coloured sing-a-long (nice shades, Robert Schneider). I'm digging it, but let me know your thoughts.