Twilight mania hit the US again over the weekend with the release of the New Moon DVD. We Aussies will have to wait until April 14 to grab a copy, but in the meantime we've got our hands on the movie's deleted scene, which was included in the DVDs sold by US retailer Wal-Mart. 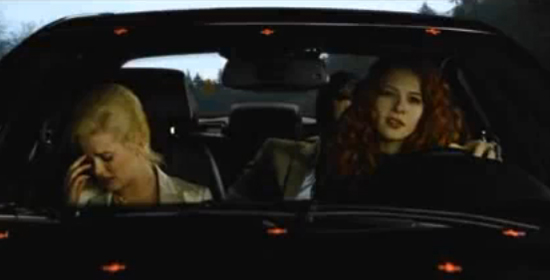 The scene doesn't add much to the story, but it's still a lot of fun to see: Victoria is driving somewhere near Forks in a stolen car, with the car's human owner inside (a dead ringer for Rosalie)—and a surprise in the backseat. It's the most Rachelle Lefevre would have gotten to speak in the Twilight sequel, but personally I think she's much scarier when you hear her talk less . . . especially in this scene, where it sounds like she's in some weird vampire therapy. Check out the clip after the jump.