Leave it to the creative minds over at Pixar to give us a delightfully clever marketing campaign. In honour of the upcoming release for Toy Story 3, the animation studio has created a series of viral video spots to promote the film, each poking fun at current pop culture—no doubt to help rope in an older fan base to the film. 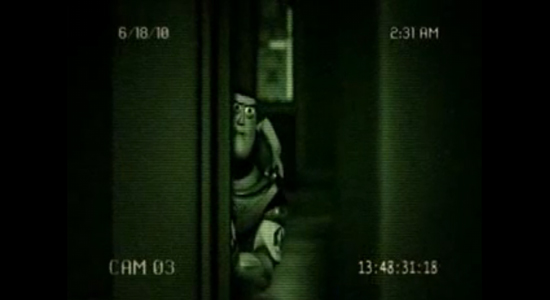 The clips include Woody and Buzz IMing and a take on those sleek car ads we always see on TV (complete with techno music). But my favourite perhaps is one in which they spoof horror films with a Paranormal Activity-type send-up. It really paints the beloved characters in a whole new light—and I'm loving it. Here's hoping that the videos are just a preview of actual footage that will be included when the film comes to theatres June 24. You can check out the other two spots here, but to watch my favorite after the jump.