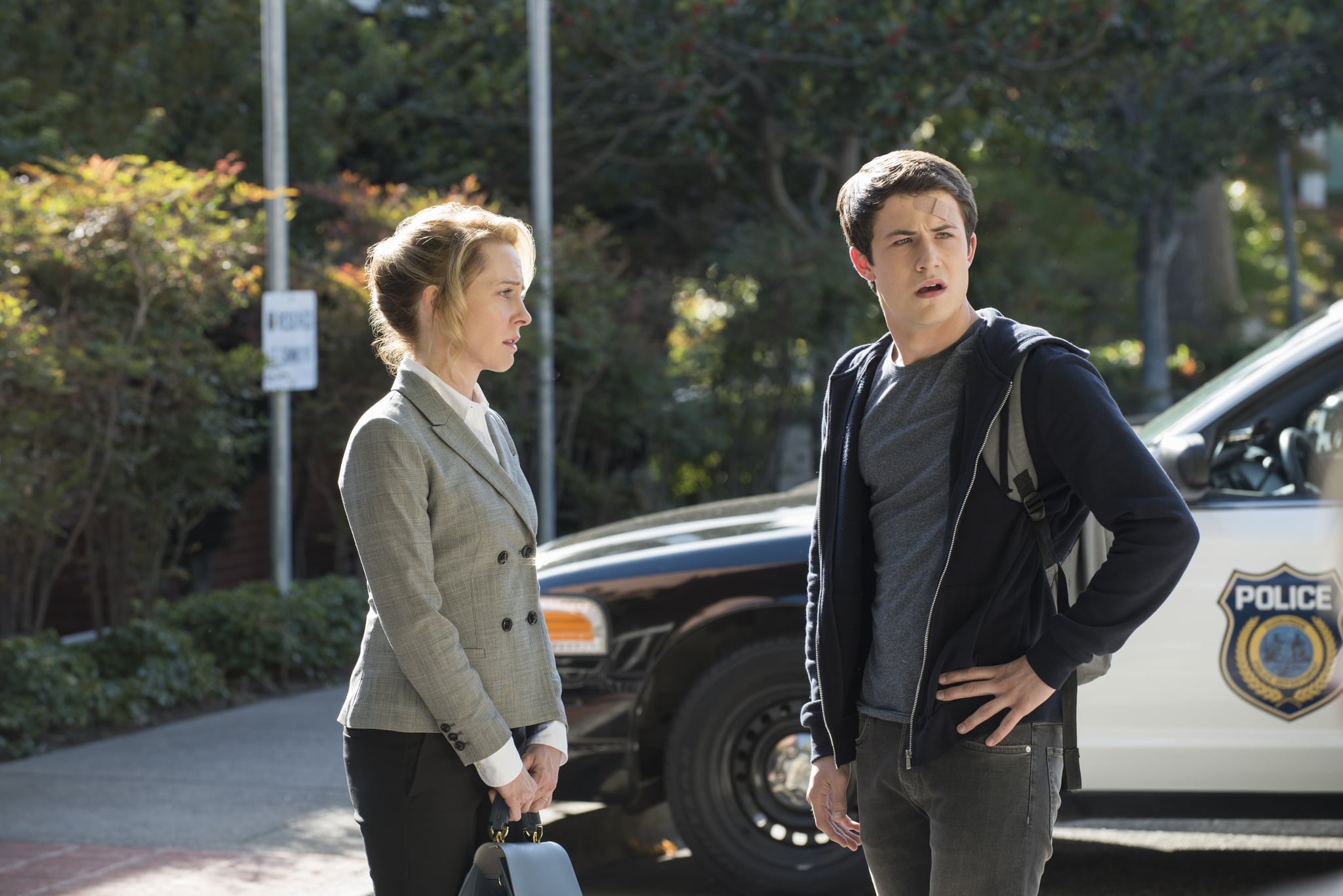 13 Reasons Why recently got renewed for season two, and the cast is just as eager to explore their characters' stories as we are. We caught up with a few of the stars at Entertainment Weekly and People's Upfronts Celebration in NYC, and they revealed their hopes for the coming season. As the story will focus prominently on the court case the Bakers have against the school, Amy Hargreaves (Mrs. Jensen) is interested to play on the dichotomy between being a mother and a litigator. "She's supposed to fight for the client, which in this case is the school, but she's also concerned about finding the truth," she said. "That will be an interesting thing to explore, whether [the truth] is going to play into her ability to do her job."

Of course, there are other plot points that actors Tommy Dorfman (Ryan) and Brandon Flynn (Justin) would love to expand on as well. While each of them wants their characters to become more self-aware and take ownership for their actions, Dorfman added that he would love to see the group "go for Bryce" and bring him to justice for raping Jessica. Ultimately, though, Flynn just wants the show to have the same impact it did last season by telling relatable and thought-provoking narratives. "I just hope the story is told as honestly and truthfully as it has been," he said.