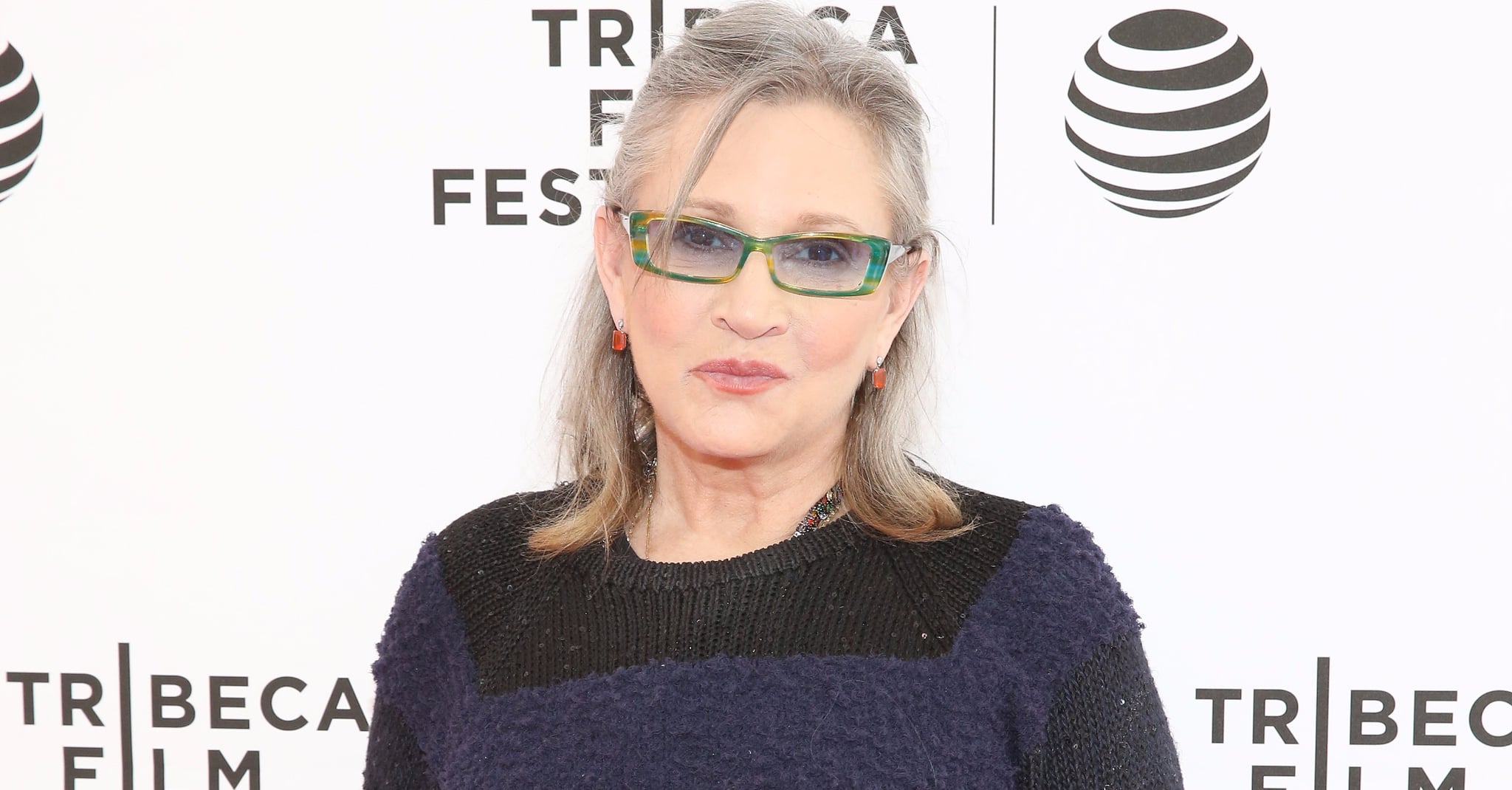 The entire world mourned the loss of Carrie Fisher when she passed away last December at age 60, and now her cause of death has been revealed. According to a report by People, Carrie died of "sleep apnea and other causes." The Los Angeles County medical examiner's full summary of Carrie's death revealed the Star Wars actress "showed signs of having taken multiple drugs" in addition to having a "buildup of fatty tissue in the walls of her arteries."

According to the Associated Press, Carrie's death will remain listed as "undetermined" because investigators were unable to pinpoint an exact cause. Carrie's 24-year-old daughter, actress Billie Lourd, released a statement to CNN following the medical examiner's report, writing,

"[She] battled drug addiction and mental illness her entire life. She ultimately died of it. She was purposefully open in all of her work about the social stigmas surrounding these diseases . . . I know my Mom, she'd want her death to encourage people to be open about their struggles. Seek help, fight for government funding for mental health programs. Shame and those social stigmas are the enemies of progress to solutions and ultimately a cure. Love you Momby."

Billie Lourd
Billie Lourd's Son Is the Late Carrie Fisher's First Grandchild, and He's Named After Her
by Alessia Santoro 28/9