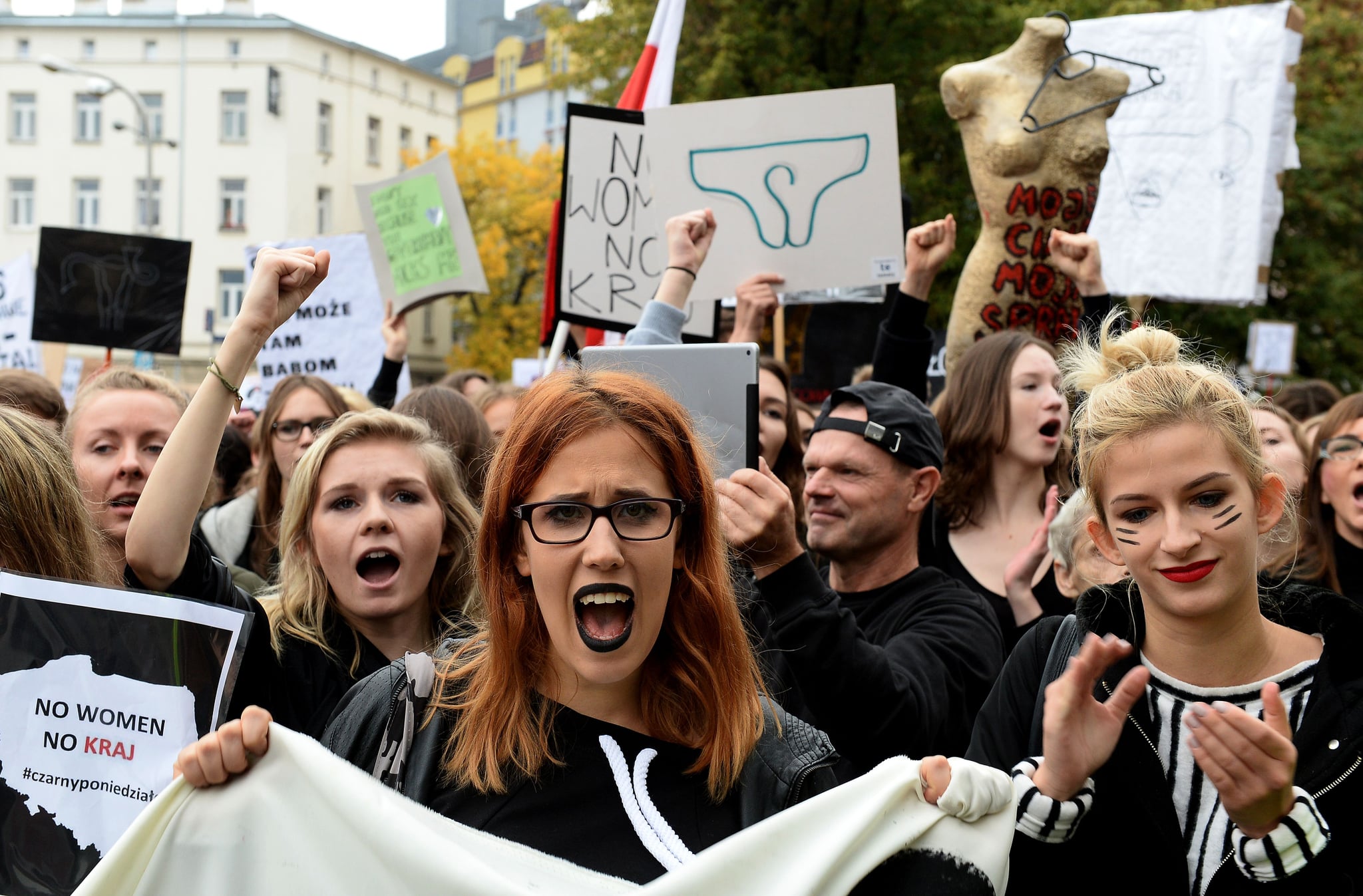 Prime Minister Malcolm Turnbull is staring down the barrel of a fairly major push back on his government's plans to crack down on parental leave "double dipping." The Turnbull government is proposing legislation that would tighten up access to government paid parental leave if a mother-to-be is already accessing paid leave from their workplace. The changes could come into play as early as January 1 next year, potentially affecting the maternity leave plans of women who are pregnant now. Read more at The Sydney Morning Herald.

Polish women have once again rallied together to fight for their right to bodily autonomy and against further restrictions to abortion law in their country. Earlier this month huge numbers of people dressed in black and protested against their conservative government's bid for a total ban on abortion. Read more at The Guardian.

Clothes Are About to Get Way More Exxy

It might be time to pop the credit card in the freezer; analysts have advised that clothes are about to cost you a whole lot more than they used to. According to a senior Citi analyst, prices will rise due to the higher cost of cotton and wool and the lower Australian dollar. "We expect higher inflation in the next 12 months given prices are rising for underlying commodities such as cotton and wool and clothing retailers look to offset the decline in the Australian dollar to maintain margins," analyst Craig Woolford told The Sydney Morning Herald. Read more here.