And the winner of Best Performance by an Actor in a Television Series - Musical or Comedy at the #GoldenGlobes is... @azizansari for @MasterofNone! pic.twitter.com/UgwpCH45yd

When Aziz Ansari walked away with the best actor in a musical or comedy television series at the Golden Globes on Monday for his role in the Netflix show Master of None, no one was more surprised than Aziz himself.

"I genuinely didn't think I was going to win because all of the websites said I was going to lose," a shocked Aziz said during his acceptance speech before getting bleeped when describing what it would have felt like if he had lost out on the award two years in a row. "I'm glad we won this one because it would've really sucked to lose two of these in a row; it would've been a really sh*tty moment for me, but this is nice."

In addition to thanking the cast and crew of Master of None, the show Aziz created and stars in as the frustrated actor Dev Shah, Aziz gave a shout out to the country that inspired much of the second season.

"I want to thank Italy for all of the amazing food we ate in season two," Aziz said before thanking his parents — who also play his parents on the show —"for giving me so much love."

Aziz's accomplishment is a historic win as he becomes the first Asian American to nab an acting honour in the television category. If there's something that Aziz is a master of, it's winning big.

Celebrity Interviews
We Can Almost Hear Maya Rudolph Reacting to Kamala Harris as the VP Pick: “Oh Sh*t"
by Karenna Meredith 10 hours ago

TV
A Fresh Prince of Bel-Air Reboot Is in the Works, and It Actually Looks Amazing
by Mekishana Pierre 10 hours ago

TV
I Finally Watched an Episode of Friends, and . . . I Don't Think It's Funny at All
by Leenika Belfield-Martin 12 hours ago

TV
Selling Sunset: Someone Left the Oppenheim Group, and This News May Surprise You
by Hedy Phillips 16 hours ago 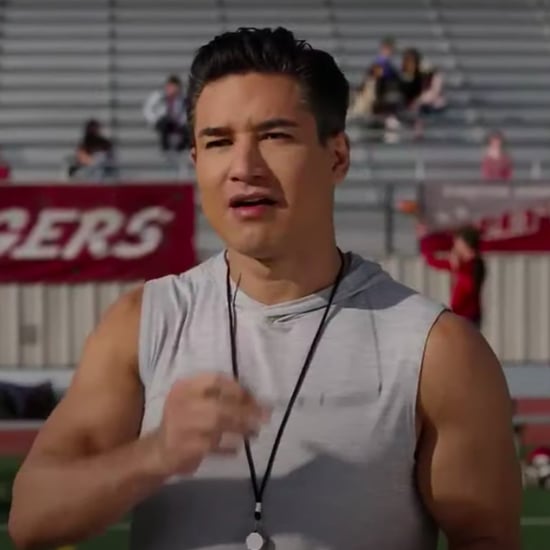 TV
Do Harlan's Powers Mean He Could Play an Even Bigger Role in The Umbrella Academy Season 3?
by Grayson Gilcrease 1 day ago

TV
Colourism Shouldn't Be Excluded From P-Valley, Because You Know What? It's Real
by Kit Stone 1 day ago
Latest Celebrity
×