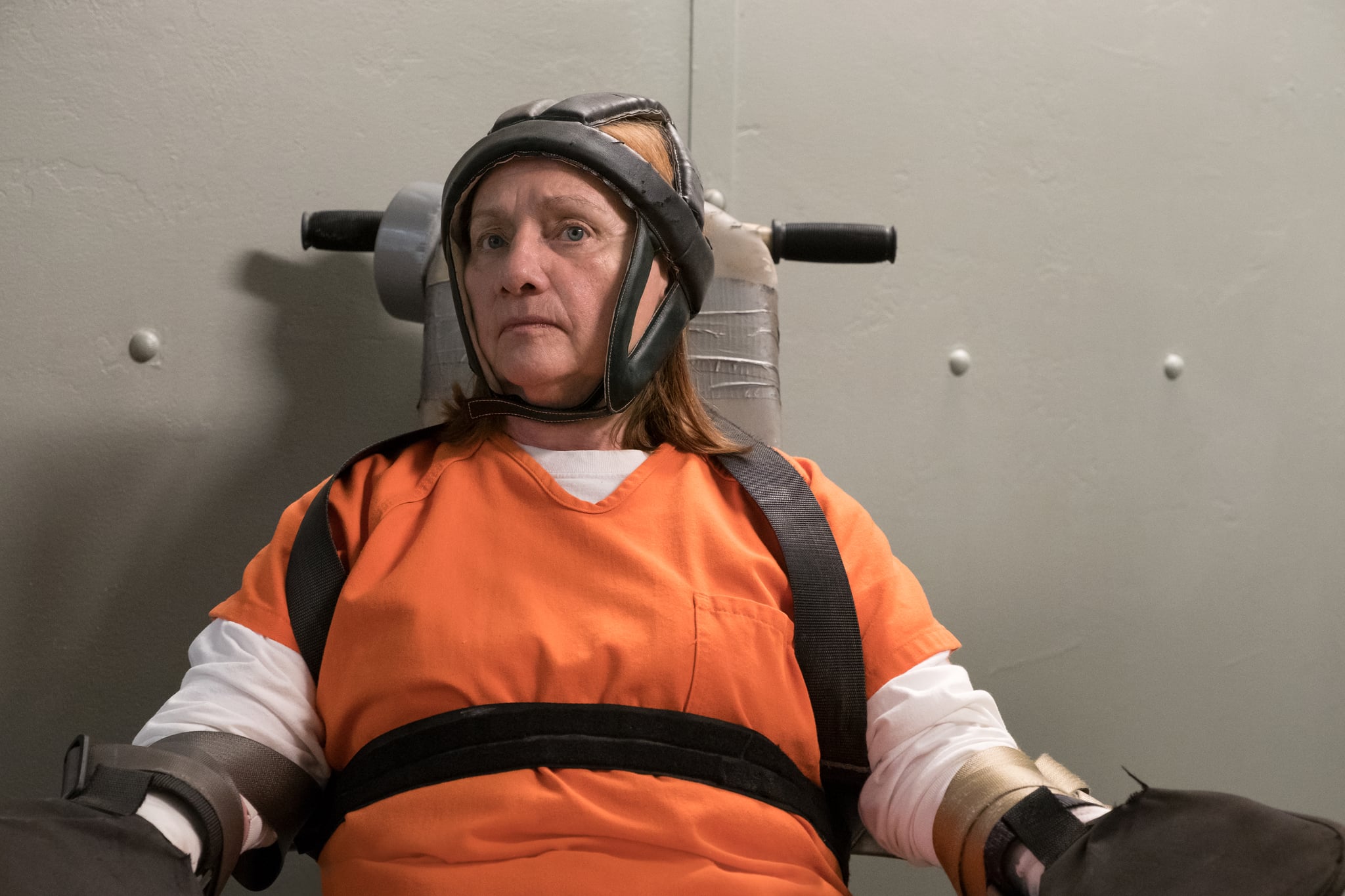 Warning! Spoilers ahead for Orange Is the New Black season six.

If there's one thing Red loves at Litchfield, it's her prison family. Who, exactly, is included in that family might vary from season to season on Orange Is the New Black, but it's clear that Red values loyalty and honesty. So when she learns that some of her allies seemingly betray her during their interviews with the federal investigators, it's no wonder Red is more than a little displeased.

When the investigations start, it's clear that the feds aren't very invested in finding out what truly happened during the Litchfield riot. Instead, they're looking for a few people to blame for the events, regardless of whether that blame is justified. The investigation leads plenty of inmates to turn on each other, trying to deflect responsibility and avoid having time added to their sentences. Nicky, for example, agrees to name Red in her statement so that she won't have time added to her sentence for her distribution of the prison medications during the riot. Because Nicky explains the situation to Red, though, she forgives her.

But Red is less forgiving toward Frieda, who also names Red during her conversation with the feds. During the conversation Frieda has with the investigators, they tell her that the supplies in the bunker have her fingerprints on them (no surprise, since she's the one who discovered and stocked it in the first place).

Frieda tells the investigator that she and the others simply "immobilized" Piscatella, and that they didn't kill him. But the investigator tells her that she'll have to name someone else in addition to Taystee. We don't see Frieda explicitly name Red, but Frieda is taken to Florida right after the investigator suggests she give a Russian name. It's implied that Frieda reluctantly agrees and names Red as being responsible for Piscatella's torture.

At first, Red doesn't know what happened with Frieda, and she's actually happy to see her during the walking circle exercise in episode three. Before her conversation with the investigators, Frieda tells Red that she attempted suicide because of her past, which viewers soon learn is with Carol and Barb. But over the course of season six, Red's resentment for Frieda grows strong enough that she teams up with Carol to try to take Frieda down. In a particularly heartbreaking moment, Red chooses to attack Frieda rather than visit her grandchildren after begging her son to bring them to the prison.

Plenty of former Litchfield friendships have been destroyed on OITNB, and it's sad to see Red and Frieda at odds given their history together. Their storyline is a harsh reminder of the awful choices the inmates often have to make, and it's easy to see both characters' points of view. Sadly, it doesn't look like the former friends will be making up anytime soon.