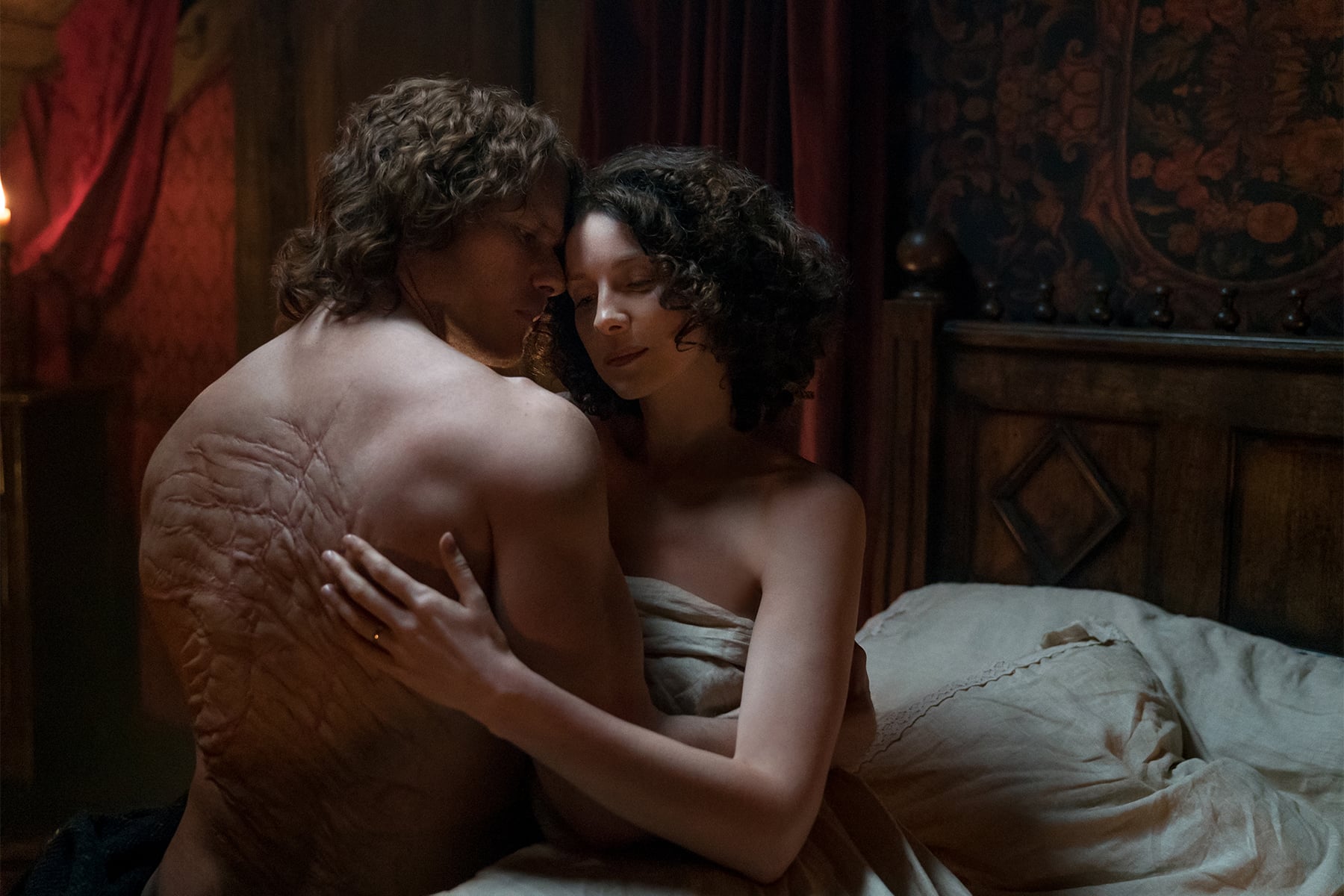 If you've watched/read Outlander from the beginning, you know that Claire has been called many things, both derogatory and endearing. While most people have referred to her as a witch because of her healing powers, the one nickname that stands out most is "Sassenach."

A sassenach typically refers to an English person or a foreigner, deriving from the Gaelic sasunnach "Saxon" as it was used by Gaelic speakers to refer to Scottish Lowlanders who had Anglo-Saxon descent as a way of setting boundaries and divisions. In the first episode of the show, the Highlanders label her as such because she's an Englishwoman, but Jamie adopts that as a form of endearment, calling her the term lovingly and generally using her name when he's peeved or thinks she's being too defiant. While sassenach started as a way to distinguish her from the Highlanders, it now demonstrates feelings of familiarity between Jamie and Claire, which is why it's particularly important that Jamie doesn't stop calling her that, even 20 years later.

In "A. Malcolm," upon seeing Claire after regaining consciousness, Jamie calls her by her name, although he goes right back to calling her Sassenach, especially when they're getting reacquainted in the bedroom. "It's always been forever for me, Sassenach," Jamie exclaims, reassuring Claire that he never stopped loving her. It's an interesting contrast to Laoghaire calling her a "Sassenach witch" in the episode "First Wife" when she learns that Claire's back. It's a reminder that the term still has a negative connotation, even though it has come to be more meaningful for Jamie and Claire, and, for Jamie, describes Claire as less of a foreigner and something more ethereal.

In the latest episode, "Uncharted," Jamie yelling out "Sassenach!" when he spots Claire on the beach through his spy glass is instinctual and lets viewers know that while they haven't been reunited for long and still have a lot to learn about each other, they're still Jamie and Claire down to their cores and will always find their way back to each other, regardless of the circumstances.