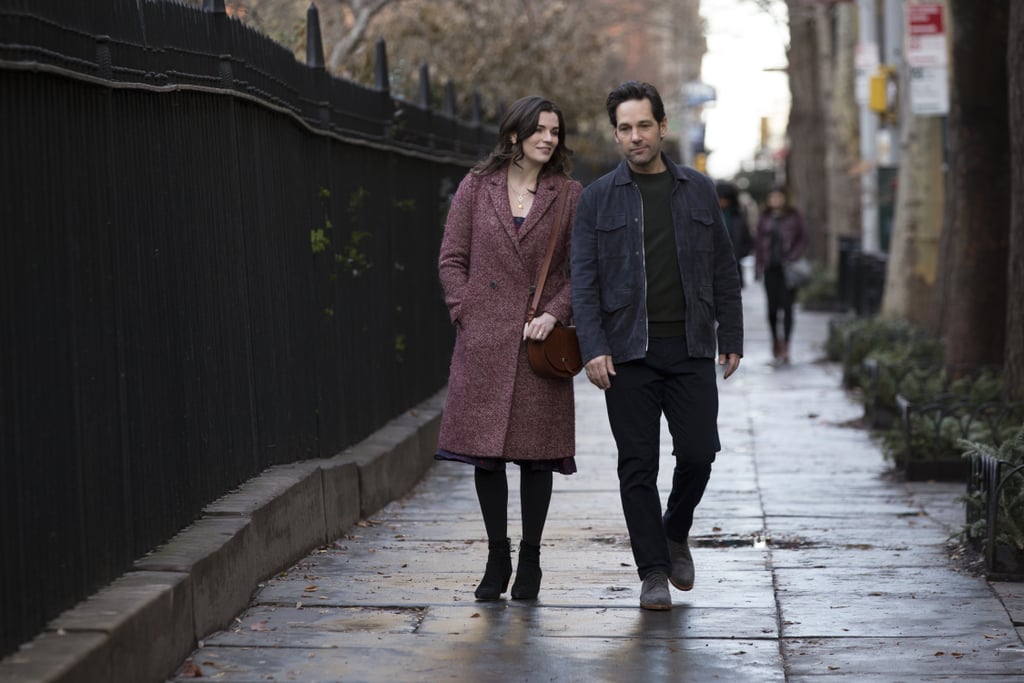 Paul Rudd is starring in his own Netflix show alongside . . . himself?! An existential comedy series, Living With Yourself stars Rudd as Miles, a man struggling with his work life and his marriage. After a colleague tips off Miles about a spa treatment that promises to make him a better person, he discovers he's been replaced by a new and improved version of himself (also played by Rudd), which likely means double the trouble Ant-Man could ever get himself into.

Living With Yourself is told from multiple perspectives and follows Miles as he deals with the unexpected consequences of his actions — including fighting to keep his wife, Kate (Aisling Bea), his career, and his entire identity. The series, which features Rudd in his first leading role in a television show, will consist of eight 30-minute episodes executive produced by Timothy Greenberg and directed by Jonathan Dayton and Valerie Faris. Keep scrolling to see a few snaps from the show, and prepare to binge the full series on Oct. 18.