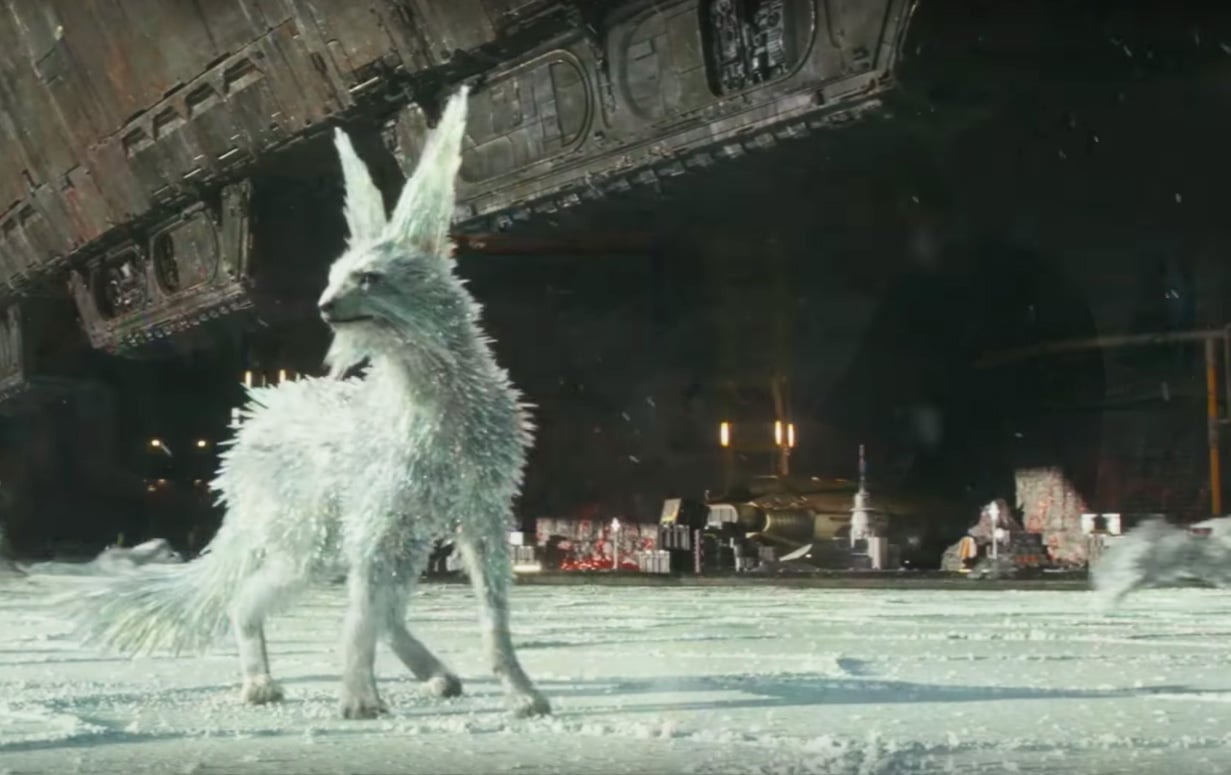 While Star Wars: The Last Jedi introduces fans to some intriguing new characters, including Rose Tico (Kelly Marie Tran) and Vice Admiral Amilyn Holdo (Laura Dern), it also delivers on the creature side of the franchise. The adorable porgs have received much of the attention, particularly after one appeared in the movie trailer yodelling at Chewbacca from the console of the Millennium Falcon. The same trailer revealed another fascinating creature: a glittering canine, called a vulptex, is glimpsed pausing to glance back over its shoulder before dashing off.

Almost immediately fans started joining camps — Team Porg or Team Crystal Fox, as the creature was dubbed by fans before the reveal of the official name. Even Lucasfilm president Kathleen Kennedy admitted on The Star Wars Show a fondness for the sparkling critters. No rule says you can't be on both teams, of course, if more than one Star Wars critter strikes your fancy.

In a video featurette, "Evolution of the Crystal Fox," Lucasfilm discloses some of the practical effects used to create this unique alien inspired by the red fox. Neal Scanlan, head of the creature shop for The Force Awakens and The Last Jedi, discusses the combination of puppetry and animatronics that bring a vulptex face to life. Before the 25,000 crystals were applied to the full-body puppet, Scanlan told Entertainment Weekly, a volunteer dog ran around wearing a suit of clear straws so the team could get a sense of how the crystalline coat would move. Although practical effects are important to Star Wars, the puppet also was scanned digitally, allowing director Rian Johnson to use vulptices — the plural name — as he saw fit in the context of the film.

So how did this white alien fox get fur made up of crystals? In Star Wars, every detail has a story behind it. Scanlan explained, "The idea is that these wonderful sort of feral creatures had lived on this planet and had consumed the planet's surface and as such had become crystalline." Designer Aaron McBride was inspired by light refracting through glass chandeliers. The vulptices' eyes have a unique yellow glow, and Scanlan suggests that the burrowing creatures' unusual trait will serve as a "guiding light to [the] heroes" in their desperate hours on the planet Crait, home to a Resistance base.

Interestingly, white animals have also played a key role in the final season of the animated television series Star Wars Rebels, which is in its fall break. Jedi heroes Ezra Bridger and Kanan Jarrus both have found spiritual Force guidance from white creatures, the Loth-cat and Loth-wolf native to Ezra's homeworld of Lothal. Star Wars Rebels has included several prominent links to last year's Rogue One, and showrunner Dave Filoni made several visits to the set of The Last Jedi during its filming. The Star Wars universe has been making critical connections between storytelling mediums, and fans may find another as the fanfare rolls on toward Episode VIII.

Baby Yoda
This Baby Yoda 3D Mug Is So Freakin' Cute — Just Look at Those Ears!
by Kaley Rohlinger 3 days ago

Movies
Calling All Animal Lovers! These 21 Movies on Disney+ Are Perfect for You
by Samantha Bergeson 5 days ago
Latest Celebrity
×