It's no secret that I'm a big champion of the romantic-comedy genre. Sure, the films are typically cheeseball flicks designed to make us desperate for a picture-perfect relationship, but when done well, there's nothing better than that warm, fuzzy feeling when the two leads finally get that happy ending you've been waiting for. Let's be frank, though: some rom-coms are really, really bad. 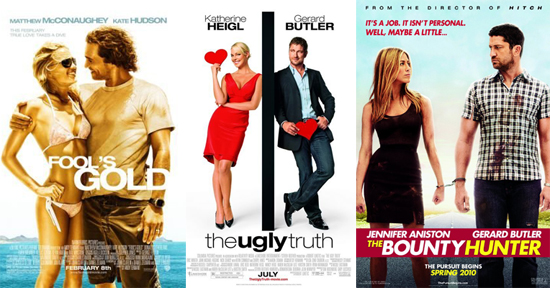 Writing for The New York Times today, Maureen Dowd bemoans the lack of solid romantic comedies and why they "reek." Harsh words, but it did get me thinking about some of the truly terrible ones I've seen in recent years. Fool's Gold, The Ugly Truth, and The Bounty Hunter are the first to come to mind, but I'm sure you'll have some suggestions for ones that are far more cringe-worthy. So tell me, what's the worst romantic comedy you've ever seen?